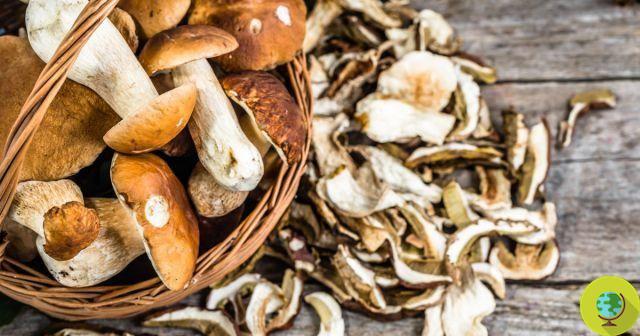 There are those who love to eat them and those who also look for them in the woods. Let's talk about mushrooms, which prove to be precious allies for our health. Now new research claims that eating them regularly can reduce the risk of prostate cancer.

There are those who love to eat them and those who also look for them in the woods. Let's talk about mushrooms, which prove to be precious allies for our health. Now new research claims that eating them regularly can reduce the risk of prostate cancer.

The benefits of mushroom consumption on prostate cancer were highlighted by a Japanese study published in the International Journal of Cancer. The research was carried out by sampling a total of over 36 men aged 40 to 79 who had participated in the Miyagi cohort study in 1990 and the Ohsaki cohort study in 1994.

? Recommended by the Editors!

Mushroom consumption and incident risk of prostate cancer in Japan: a pooled analysis of the Miyagi Cohort Study and the Ohsaki Cohort Study

On average, the men were observed for 13,2 years, and by this time, 3,3% of them had developed prostate cancer. However, it has been seen that those who consumed mushrooms had a sort of protection from this tumor, lower if you eat this food once or twice a week (-8%) and higher if you consume them more regularly.

It is in particular who eats mushrooms at least 3 times a week which sees the decrease more risk of prostate cancer (-17%).

However, the most beneficial types of mushrooms are not mentioned and for this Shu Zhang of the Tohoku University School of Public Health, lead author of the study said:

"No information was collected on the type of mushrooms consumed, it is difficult to know which ones in particular contributed to the observed results"

Therefore it is not known whether porcini, cockerels, champignons or other types of mushrooms make the difference for the well-being of the prostate.

The scholar also added that:

Eat insects to save the planet ❯