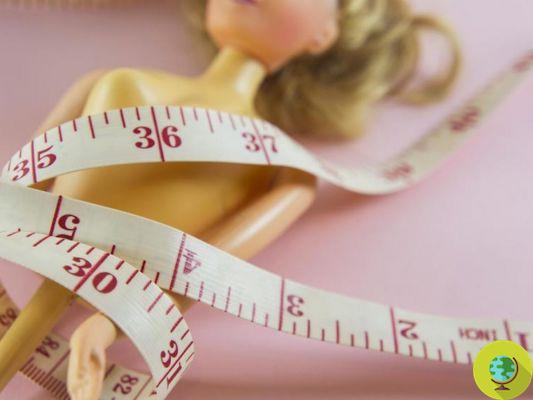 In fact, between the ages of 40 and 50, serious shocks such as death, a disappointment at work or a divorce, can lead to the most serious eating disorders.

Food disturbance: bulimia e anorexia they also affect adult women, not just teenagers. In fact, between the ages of 40 and 50, serious shocks such as death, a disappointment at work or a divorce, can lead to the most serious eating disorders.

To say it is a study by the University College of London and the Icahn School of Medicine in New York, the first that investigated the question of women between 40 and 50 years, highlighting that sudden and stressful changes have the power (also) to trigger eating disorders in people who already had a biological or genetic predisposition to this type of disease.

READ also: 10 TIPS FOR FOLLOWING THE FLOW OF EVENTS (AND ACCEPTING THE CHANGES)

For the study, published in the journal BCM Medicine, 5.300 middle-aged women were interviewed, showing that 15% of those women, one in six, battled anorexia or bulimia in their lifetime and 3,6% did. done in the last year, then in adulthood.

In addition, the researchers found that women in their 40s were more at risk of bulimia as girls they had not had a good relationship with their mother. Conversely, if theirs had been a childhood of love, there was a 20% reduction in the risk of developing bulimia. Finally, the death of a parent during infancy would increase the risk of developing eating disorders in the future by 7 times.

Nadia Micali, one of the authors of the study, explained: “Eating disorders can be triggered by a series of traumatic events and divorce is certainly a stressful event. They often offer in silence because they don't know that others are in the same condition. Many of the women who took part in this study told us that this was the first time they talked about the difficulty they had in eating ”.

Bulimia and anorexia for adult women, therefore, would be a latent disorder for a long time, which can remain there for years and then explode if you live a stressful event.

Treating an eating disorder in adults? It's not as simple as it sounds, experts say. If on the one hand the therapies are the same, on the other the adult person finds it difficult to accept a similar diagnosis, while the adolescents would be more receptive to the stimuli of the disease. Finally, adult women they do not have the same energies as the younger ones and are weaker people.

How then? Stay close to them at the first alarm bell. A divorce, a dismissal, any difficult moment to face can be overcome if we have the right armor and a lot, but a lot, desire to start over. It is true that some people are more capable than others, but all, sooner or later, we are able to become aware of a difficult situation and accept it as it is.

Here you will find some of our useful tips on how to deal with difficult times. For the rest, try to treasure every single experience.

add a comment of Eating disorders: Anorexia and bulimia are also common among adult women