E466, E469: avoid this food additive, it has a side effect on your gut microbiome 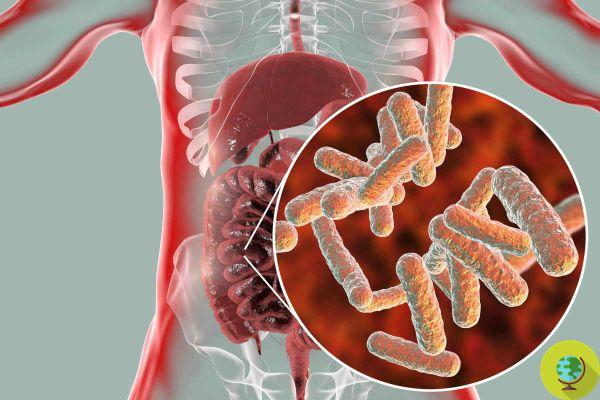 Since the last century, there are numerous food additives approved for human consumption because they are considered safe for our health on the basis of research that has shown that these substances pass through the intestine without particular side effects, and are then eliminated with the feces without danger of being absorbed. However, recent studies are questioning the safety of these very common substances in the food we eat every day: for example, only in recent times it was discovered that titanium dioxide, used for decades as a white food dye and considered non-toxic, has severe side effects on the intestinal microbiome - so much so that many countries around the world have now banned it for food use.


Now a new study has looked at the effects of another very common food additive on human gut bacteria: carboxymethylcellulose (CMC), used since the 60s as an emulsifier or thickening agent and classified with the codes E466 ed E469.

The side effects of the additives E466 and E469

According to researchers from the University of Georgia, the CMC it would affect the health of the intestinal microbiome, favoring the development of inflammatory diseases. The study involved 16 volunteers who followed a controlled diet for 11 days: some of them ate foods containing CMC, others did not take CMC. At the end of the experiment, notable changes were observed in the populations of gut bacteria in those who had taken the additive compared to the control group. But that's not all: in addition to changes in the microbiome, alterations in bacterial metabolites were found, including reductions in short-chain fatty acids and free amino acids.

(Read also: The 8 food additives most present in 3/4 of the packaged food we eat)

We observed strong changes in the intestinal microbiome, in the fecal metabolome and, in a subset of the participants, in the invasion of the microbiota on the intestinal epithelium. researchers. - The predominant changes in faecal metabolome during CMC supplemented feeding were the loss of presumably beneficial metabolites. We imagine this change likely reflects the general disruption of homeostasis of the microbial community.

Obviously, the very short duration of the study did not allow the researchers to establish a certain link between the consumption of CMC and the development of inflammation in the intestine. However, even just the changes observed in the short term are related to biomarkers previously associated with inflammatory diseases. In any case, the researchers hypothesized that the intake of this food additive may have played a key role in the spread of intestinal inflammation. more and more frequent starting from the second half of the last century - when there has been an increasing consumption of food additives thanks to the spread of highly processed foods.

CMC: where it is

Given its solubility even when cold and its viscosity, this food additive is used for the stabilization of frozen products (ice cream, ice lollies) as it allows to preserve the creamy consistency (inhibits the formation of ice crystals) and to resist thermal shocks. . As a thickener it is found in many condiments, such as dressing for salads or ready-made sauces, but also in non-alcoholic and sugar-free drinks with artificial sweeteners. Finally, CMC is found in numerous baked goods (biscuits, snacks, packaged sandwiches), mixes and cake mixes.

Ebola: has deforestation contributed to its spread? ❯

add a comment of E466, E469: avoid this food additive, it has a side effect on your gut microbiome