Dulce Agonia: Coca Cola and the background of the diabetes epidemic in Mexico (VIDEO) 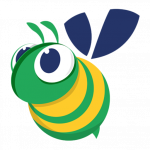 The documentary Dulce Agonia finally collects the data and reveals the background of the diabetes epidemic in mesic, giving a human face to the alarming numbers of the phenomenon. Marketing, lobbying and political maneuvering push the population to consume carbonated soft drinks and fast food.

In 2013 in Mexico have been registered 75 thousand amputations caused by the diabetes. The total cost of the disease in the country has soared, coinciding with the increase in the number of patients.

The documentary Sweet Agony finally collects the data and reveals the background of theepidemic di diabetes in Mexicoor, giving a human face to the alarming numbers of the phenomenon. Marketing, lobbying and political maneuvering push the population to consume fizzy drinks and fast food.

The consequence is the spread of one of the most subtle "diseases of well-being". The documentary collects testimonies of people affected by the diabetes epidemic and interventions by national and international experts. The images and the story highlight one State completely absent and negligent in protecting the health of citizens.

The intervention of the large food and drink industry has curbed any possibility of stemming the diabetes epidemic. The documentary is directed by Cactus Productions with the support of the Heinrich Boll Foundation and Bloomberg Philantropies.

The stories of Mexican citizens with diabetes speak not only of amputations, but also of blindness and death. These are not elderly people, but mostly patients who should have been in their prime and at the peak of their work. Bad bad eating habitsie the spread of fast food fashion have played a bad joke on their health.

The carbonated soft drink industry, as the documentary reveals, with its advertising campaigns comes to touch the sensitivity of Mexican natives, with posters in their dialect and taking up their rituals and customs by tying them to the products to be marketed. A vicious circle hard to break that he sees Coca-Cola in the front row.

Only in the last 6 years in Mexico or so 500 thousand people died due to diabetes and others 4,5 million patients were not treated. Mexico would lack the resources to administer treatment and to avoid amputations or irreversible blindness.

Fast food and fizzy drinks are causing an increase inobesity between children and teens. Obesity itself is considered to be a factor in promoting diabetes. More than 14% of school-age children between the ages of 5 and 11 in Mexico are obese. According to the data revealed by the experts, these subjects are so young between 12 and 15 years old already suffer from high blood pressure, liver inflammation, high cholesterol and insulin resistance. Cases of diabetes also extend to the native population, which is allegedly adapting to the poor eating habits of the urban world.

Watch the video and query Thu the data revealed by Dulce Agonia.

“The Unhappy Truth About Soda”: cartoon video against carbonated soft drinks New York bans XXL soft drinks. Coca Cola and McDonald's are not there
Durian: mapped the fruit king's DNA, that's why it's so smelly ❯

add a comment of Dulce Agonia: Coca Cola and the background of the diabetes epidemic in Mexico (VIDEO)