Don't underestimate bone pain, especially at night. It can be a symptom of bone cancer, according to the Airc 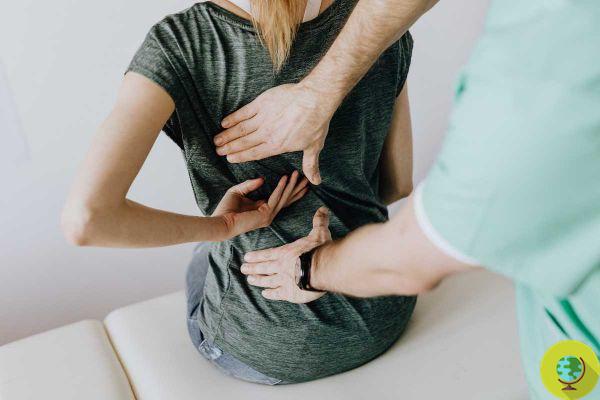 Bone cancer originates from the transformation of the cells that make up the bones. Here are the symptoms to watch out for

Bone cancer originates from the transformation of the cells that make up the bones. Here are the symptoms to watch out for


Il bone cancer it is one of the rarest types. It is recorded that in our country there is about 1 case out of 100.000 every year; the most affected are young people in their 20s. In fact, half of the cases are diagnosed before the age of 59, source Airc.

Another characteristic of bone cancer is that in children and young people it mainly attacks the bones that have a rapid growth, i.e. the terminal parts of the long bones (femur, arm bones), while especially in the elderly it affects other areas such as knee, pelvis, shoulder. and mandible.

We are led to think that bones are dead tissue and devoid of cells, but this is not the case; the bones, in fact, are characterized by active cells called osteoblasts e osteoclasts. (Read also: Colon cancer spies are these very common symptoms not to be ignored, according to Airc)

Most of the bone tumors are said sarcomas; the latter are distinguished in osteosarcomi e condrosarcomi depending on their cellular origin. The first type originates in bone tissue, while the second in cartilage.

As the Airir writes, one particular bone tumor is the Ewing's sarcoma, is very aggressive and develops mainly in the bones of children and adolescents, while chondrosarcoma affects adults more. There are also itmetastatic bone humors; What are? These are cancer cells that have developed in bone but originate from other tumors formed in other organs. The most frequent bone metastases are those originating from breast cancer, lung and prostate.

Furthermore, this tumor is defined as:

I symptoms more common than bone cancer are swelling and localized pain. Obviously, the pain depends on the size and location of the disease; initially it can come and go, be more intense at night while sleeping or during physical activity, until it becomes constant with the passage of time.

Other less frequent symptoms are weight loss e chronic fatigue. Bone cancer can also cause fractures, as it weakens the very structure of the bones.

As for the diagnosis, the only way to identify this disease is to contact your doctor in case of suspicious symptoms and pains.

After a visit we will proceed with in-depth examinations, ie bone scan and subsequently bone scan, these tests also allow to identify the possible presence of metastases. After that, the doctors usually carry out one biopsy able to diagnose with certainty the presence of the tumor.

Unfortunately, there are currently none effective prevention measures since the triggering causes of bone cancer are still unknown to scientific research.

add a comment of Don't underestimate bone pain, especially at night. It can be a symptom of bone cancer, according to the Airc