Does yoga taught in the West fuel ego and narcissism? 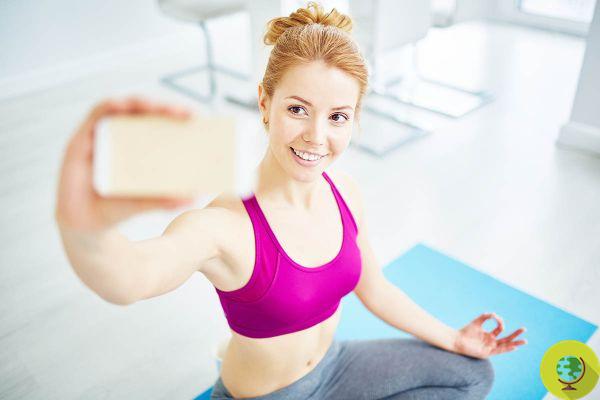 Yoga undoubtedly has several beneficial effects that we have told you about several times. Some studies, however, show themselves convinced that the practice in the West also has some disadvantages, such as that of strengthen people's ego a little too much and narcissism.


Throughout the world, thanks to the practice of yoga, many people have managed to relieve stress, improve their physical conditions, open up to a greater degree of spirituality and move away at least a little from materialism.

Yoga, however, at least what you practice in the West, would also present gods little positive sides. According to a study by the University of Southampton, those who regularly practice yoga in the West often experience a strong ego strengthening, self-esteem and even narcissistic tendencies.

To argue this, the research evaluated 93 students during 15 weeks of practice, confirming that many of them responded to self-esteem tests in a manner close to narcissism in the 24 hours following each yoga session. Basically, instead of achieving (or at least attempting) unity with the divine and the true self, these people had seen their ego increase in an excessive way.

As if that weren't enough, a second study of 162 people who practiced meditation ended identically:

"Neither yoga nor meditation calms the ego, instead it increases it," the researchers said.

In this case, the study believes that the curious effect of the practice is a consequence of the benefits of yoga exercise and techniques on perceived well-being that led participants to have greater self-esteem and self-perception than those around them and that they may not have chosen to take care of their body and mind or that, according to them, they were not as efficient as they were.

This apparent contradiction experienced by those who practice yoga in the West was described by the Tibetan Master Chogyam Trungpa who baptized it "spiritual materialism".

That is, practicing these techniques without the ethical, philosophical and religious depth underlying them does not produce the desired effect (i.e. dissolving the ego) but, precisely, the opposite effect: it reinforces it, giving those who practice a false sensation. to have improved this aspect.

However, this does not mean that we should stop practicing yoga but, if anything, make sure to internalize our experience better with exercises and meditations. But then these tendencies will really be yoga's fault or, more generally, are they an effect of the society we live in?

add a comment of Does yoga taught in the West fuel ego and narcissism?