Does being part of a large family increase the risk of cardiovascular problems? 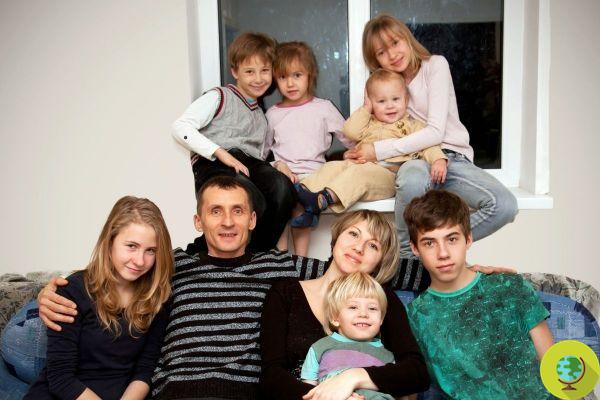 An important study conducted by Lund University (Sweden), which involved people aged between 30 and 58, now shows that the number of siblings and the order of birth can influence the risk of cardiovascular events (even serious ones) in an observation period of 25 years.

(Read: Brothers and Sisters: How Birth Order Can Affect Our Destiny)

To obtain information on family structure, the researchers referred to a registry containing information on the biological parents of more than 95% of the Swedish population born after 1931 and alive in 1961 - this was for 1,36 million men. and 1,32 million women, who in 1990 were between the ages of 30 and 58. The data relating to the onset of severe and less severe cardiovascular diseases among these individuals were obtained from the hospital registers of the years 1990-2015. Obviously, the researchers also took into account economic status, level of education, marital status and the coexistence of other diseases (such as diabetes) - all factors that have an influence on the onset of heart disease.

However, the researchers specified that further studies are needed to understand the links between sibling numbers and the onset of health problems.

Making bread to fight depression. It happens in England ❯

add a comment of Does being part of a large family increase the risk of cardiovascular problems?