Do you want to live long? Don't eliminate carbohydrates from your diet! Word of science 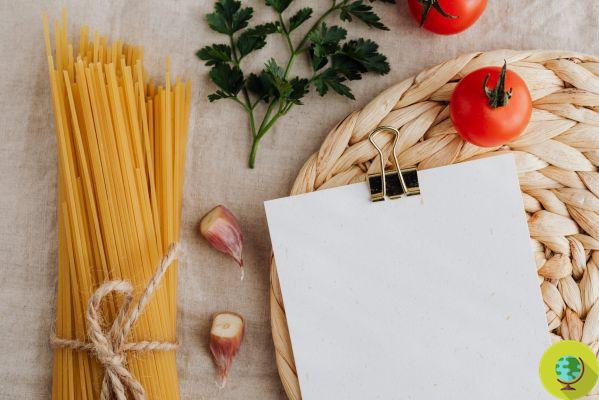 According to a new study, you shouldn't eliminate carbohydrates from your diet if you want to follow the path of longevity.

Goodbye low carb diet if you want to live long. For lovers of bread and pasta comes the wonderful news: their consumption, albeit moderate - of course -, can be linked to a longer life expectancy. Science word. But how many carbohydrates to consume?


A study from the Women's Hospital in Boston is clear on one point: you do not have to eliminate carbohydrates from your diet if you want to follow the path of longevity. Eating rice, spaghetti or bread in moderation seems to be the best solution for a long and healthy life. But bear in mind that fruits and vegetables can also contain amounts of carbohydrates.

In particular, the research, published in The Lancet, started with one assumption: low-carb diets, which restrict carbohydrates in favor of a higher intake of protein or fat, or both, are a very popular weight loss strategy. . However, the long-term effect of carbohydrate restriction on mortality is controversial and may be due to whether dietary carbohydrates have been replaced by plant-based or animal-based fats and proteins.

This is why the researchers wanted to study the association between carbohydrate intake and mortality.

At Brigham and Women's Hospital in Boston a sample of 15.428 people aged between 45 and 64 was analyzed, calculating the atherosclerotic risk. All participants were monitored for 25 years, after completing a questionnaire on their eating habits at the start of the study and after six years.

Both those who had followed a diet with a low intake of carbohydrates, below 40% of total energy, and those who had rather followed a diet with a too high intake (over 70%) recorded an increase in mortality, while the lowest risk was associated with moderate consumption, between 50% and 55% of the energy.
According to the results, from the age of 50, the average life expectancy is another 33 years for those with a moderate intake of carbohydrates, four years more than those with a low intake and one more than those with a high intake.

"Low-carb" diets that replace carbohydrates with protein or fat are increasingly popular, the researchers say, but our data suggests that low-carb diets associated with animal foods may be linked to shorter life expectancy. Conversely, swapping carbohydrates for vegetable fats and proteins promotes long-term health. The consumption of nuts and legumes is associated with a lower risk of mortality ”.

Researchers consider some high-protein diets a false myth also because they do not make you lose weight and, among other things, the slimming effect would only be initial.

The secret? Only a balanced diet that includes everything, even moderate amounts of bread and pasta, vegetables and fruit and keep in mind that being overweight is linked only to an excessive intake of food compared to the energy needs of each of us. And remember, finally, that a little movement never hurts!

add a comment of Do you want to live long? Don't eliminate carbohydrates from your diet! Word of science