Do you take everything to heart? You are probably HSP, a highly sensitive person 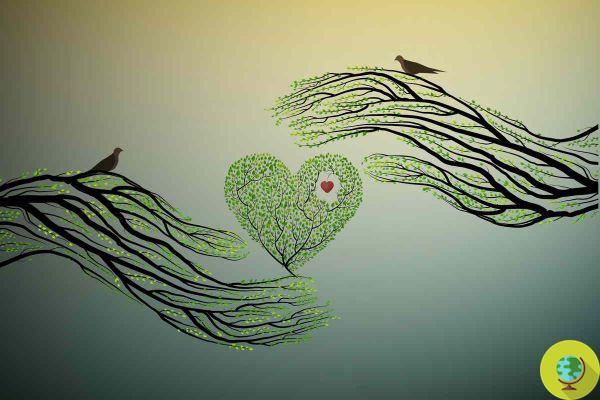 If you take everything to heart and perceive every slightest mood swings of others, you are probably a highly sensitive person.

Have you ever heard of highly sensitive people (PAS)? And have you ever thought of being one of them? If you take everything to heart and if you perceive every slightest change in the mood of others to the point of being conditioned by it, it could actually be so given that high sensitivity, apparently, characterizes at least 15-20% of the population.


It was in 1991 that it began to be studied by psychologist Elaine Aron, who has written several books on the subject including, "The Highly Sensitive Person", and other scholars over time have dealt with it, including psychologist José María Guillén Lladó who defines it as a positive feature, as long as it is well channeled.

In fact, those who live it badly tend to suffer more from anxiety and depression and in the most extreme cases, borderline personality disorders can occur.

But in fact what is it and what does it depend on? According to Guillén Lladó it depends on a greater perception and neurosensory and cognitive stimulation, which causes a greater sensory and cognitive activation in the face of certain external and internal stimuli. For example, these people can be particularly sensitive to noise, smells, temperature, physical contact, but also to the mood swings of those around them, which also makes them very empathetic. If subjected to too much stimulation, they feel saturated more quickly than other people.

It is not a disease and neither can we speak of a disorder, if anything, a personal characteristic that is in some ways advantageous, in others less so.

According to the president of the Catalan Acpas Association, Teresa Nandìn, high sensitivity is a genetic and hereditary trait, but it would also depend on the education received. It is often accentuated in artists and linked to the creative process.

But while HSPs can become overly anxious, suffer from bullying that take advantage of their "weakness" and avoid potentially conflicting situations, on the other hand they are very valuable in jobs that require empathy and also in those that need to overall, they tend to take into account a greater number of variables than other people.

Furthermore, according to the president of Acpas, highly sensitive children tend to be deeper, often ask important questions, and are also more attentive to their friends, whom they take care of.

Are you highly sensitive people? To verify it you can do this test!

Do you like garlic, but not the effect on your breath? With these remedies it will be truly kiss-proof ❯

add a comment of Do you take everything to heart? You are probably HSP, a highly sensitive person