Do you really have fantasy? Your eyes tell you! In the pupils the signal that reveals if you have visual imagination 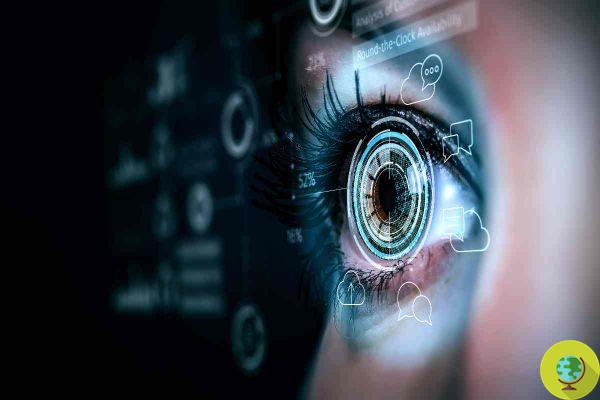 According to recent research, people with vivid imaginations and fantasies have a specific eye movement. The data obtained show how the pupillary response to light is a physiological index of lack or presence of fantasy.


The study, led by researchers from UNSW Sydney and published in eLife, found that people with no imagination did not respond when asked to imagine dark and light objects, while those with strong imagination did.

To first evaluate the pupillary reflex of the latter, the researchers included 42 study participants with visual imaginations, and equipped them with glasses to track eye movements and pupil size.

Next, to test visual images, i.e. the mind's ability to visualize objects, participants were asked to simply imagine those same light or dark shapes with their eyes open, so that their pupils were drawn, and subsequently to report the vividness of those images.

The researchers found that even in response to imaginary shapes, light and dark, the participants' pupils narrowed and dilated appropriately.

The researchers wanted to investigate these differences, so they performed fMRI scans on 24 people with no fantasy, 25 with hyperphantasy, and 20 with mid-range images. They also conducted neuropsychological, cognitive and personality tests on all participants.

The scans revealed that, compared to the unimaginative group, people with hyper imagination had stronger connections between the parts of the brain responsible for vision, which become active in visual images.

People with hyper imagination also produced descriptions richer in memories and imagined scenarios, and reported more extroversion and openness to experiences on personality tests, than participants from the other two groups.

Research suggests that the vividness of images may be linked to differences in cognitive and personality profiles. These findings further highlight the wide variability of the human mind.

This new method will help understand the brain mechanisms and the global implications for how we think, make decisions and feel.

Do you have graying hair? Attentive to heart health! ❯

A sea of ​​happiness: because being close to the water makes us more vital and serene

The legend of the red thread of destiny

Synesthesia: what it is, the causes and how to recognize it

Ahmed, the artist who transforms emotions into drawings (PHOTO)

The life lessons we can learn from the rain

add a comment of Do you really have fantasy? Your eyes tell you! In the pupils the signal that reveals if you have visual imagination