Do you know what's inside a hot dog? 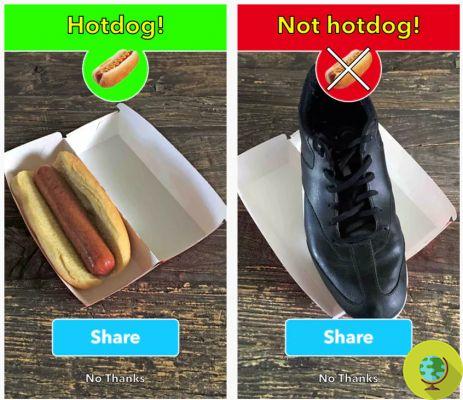 Can eating hot dogs and processed meats be considered healthy? According to what has been made known by US experts, with particular reference to Hot Dogs, and in general to processed red meats, their consumption is able to increase the chances of contracting colon cancer.

To consume Hot dog e processed meats can it be considered healthy? According to what has been made known by US experts, with particular reference to Hot Dogs, and in general to processed red meats, their consumption is able to increase the probability of contracting diseases such as cancer.

La news comes directly from the non-profit association of doctors "Physicians Committee for Responsible Medicine" (PCRM) and was followed by the pronouncement of Dr. Frank Hu, expert in nutrition and epidemics of the Harvard School of Public Health and among the authors of a research on the subject, published in the scientific journal “Archives of Internal Medicine”.

According to Dr. Frank Hu, consuming one serving of red meat a day increases the danger of premature death by 13%. With daily consumption of processed meats (Hot Dogs and bacon, for example) the risk factor reaches 20%. This happens due to the composition of the same red meats, which they contain extremely harmful compounds for our health, such as sodium nitrites, saturated fats and substances produced during the stages of their processing and cooking. They are believed to be responsible for the onset of tumors (with particular reference to the colon) and cardiovascular diseases.

But what does a Hot Dog really contain?

The processed meat used to stuff the famous sandwich, as reported by the Daily Mail, is obtained by joining and reworking the waste parts of pork and remains of chicken carcasses. The waste meats are mixed with powdered preservatives, flavorings and dyes, before being immersed in water and poured and compressed in plastic tubes, to then move on to their cooking and packaging.

The meat used for the preparation of Hot Dogs is probably one of the most elaborate and demanding foods use of waste substances within the food industry. Theirs excessive consumption It can be considered disastrous for health. The World Cancer Research Fund recommends that avoid processed meats and, if this seems impossible, to drastically reduce the consumption of bacon, ham and sausages.

Most of the Hot Dogs on sale in UK supermarkets contain very little pork and a considerable amount of mechanically recovered chicken meat from the carcasses, after having obtained the useful cuts for sale. In the formation of Hot og, water and starch are used in order to increase their volume.

Hot Dogs contain 2% salt and this means that they can be considered as foods with a high presence of sodium and that, if consumed in excess, they can amplify the risk of hypertension, stroke and heart disease. It is important to take into account from this point of view that, according to what has been communicated by the British Ministry of Health, children between the ages of 4 and 6 should not consume more than 3 grams of salt per day and that children up to 3 years should not take more than 2 grams.

For some Hot Dogs the addition of milk's proteins, which could cause serious problems in people with allergies to them. Particular attention should be paid to the presence of sodium nitrite (E250), a synthetically obtained preservative, used to remove bacteria from food products and to avoid color mutations. It has been related by experts to the increased risk of incurring bowel or stomach cancer.

There is no shortage then additives as:

E451 (Potassium or sodium triphosphate): stabilizer and emulsifier of synthetic origin, used to improve the texture of meat. Its use does not stop at the food industry. It can be used in the production of detergents, paper, rubber and antifreeze.

E452 (Polyphosphates): it is a emulsifier and a stabilizer used to improve the texture of meat and to prevent it from going rancid. There were no health risks associated with it.

E301 (L-ascorbic acid): it is a synthetic form of vitamin C used by the food industry to avoid the color change of many foods. In small doses it does not cause problems, but in high quantities it can cause skin irritations.

E120 (Cochineal): it is a dye used to give food a red tint. It is obtained by the pulverization of small insects, the external parts of which are boiled in ammonia or sodium carbonate, in order to obtain this coloring substance. Cochineal can cause allergies.

After such a detailed list of disreputable ingredients related to Hot Dog production, there is no shortage of a few conclusive negative aspects not to underestimate. In the United States alone, where the consumption of Hot Dogs appears to be prevalent even among children, they are linked to 17% of cases of infant suffocation and they kill 80 subjects a year. The risk mainly concerns children under the age of four, for the protection of whose health it would be advisable to turn to more natural and less dangerous foods.

Do you know what's in your navel? ❯

add a comment of Do you know what's inside a hot dog?