Do you know what's in your navel? 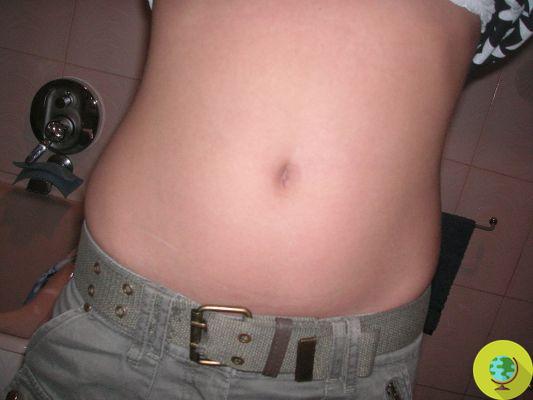 Do you know what lurks inside your navel? According to scientists from the Belly Button Biodiversity project, the answer is: hundreds and hundreds of bacteria. 1.400 strains, to be precise, 662 of which have never been found before. But let's proceed in order and try to understand better what we are talking about.

You know what lurks inside yours belly button? According to the scientists of the project Belly Button Biodiversity, the answer is: hundreds and hundreds of bacteria. 1.400 strains, to be precise, 662 of which have never been found before. But let's proceed in order and try to understand better what we are talking about.

Usually, we are used to associating the word biodiversity with distant and exotic places, a forests tropicali o paradise atolls. Yet, one of the contexts in which biodiversity seems to flourish more easily is definitely closer to us, even in our body: it is ours belly button, between whose folds they can find the ideal place to proliferate different bacterial strains.

This intuition - which may appear rather curious, and probably is - led to a North Carolina State University biologist team, coordinated by dr. Jiri Hulcr, to carry out an experiment aimed at 95 volunteers, including bloggers passionate about science, university students, journalists and staff members of the Natural Science Museum of North Carolina.

Volunteers were asked to pass a cotton swab through their navel three times. The buffer was then analyzed and the results were those we reported above, with a total of 1.400 bacteria detected, Of which 662 unknown until today. The study also confirmed a rather intuitive finding: the amount of bacteria present in the navel of each volunteer it varied on the basis of his hygiene habits.

And you? Are you shocked by this discovery? Then make sure you wash your navel regularly, to prevent its folds from becoming a comfortable refuge for new bacterial species!

Do you know what lies behind intensive fish farming? ❯

add a comment of Do you know what's in your navel?