Do you know that your eyelashes are vulnerable to lice infestation? How to recognize and treat them 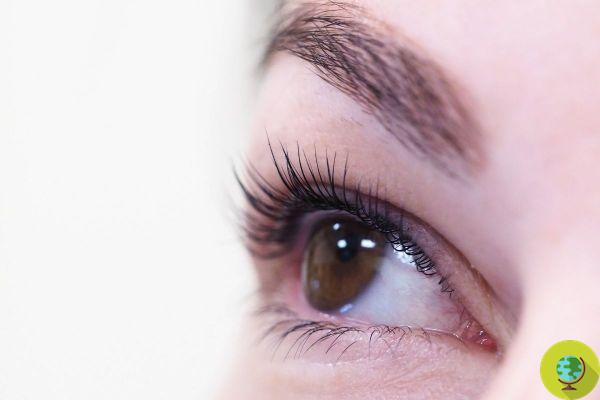 Let's see what eyelash lice are, what they originate from and how they can be treated properly

Let's see what eyelash lice are, what they originate from and how they can be treated properly


Did you know that not just the hair, but can eyelashes also be a victim of the lice attack? These small insects that generally live on the scalp (and which are the obsession of mothers of school children), can actually also present themselves between the eyelashes and eyebrows (or even between the pubic hair). These are not animals that are dangerous to human health, but their presence is undoubtedly annoying and unnerving - without considering that lice can be "transmitted" from one person to another, as they are able to jump and conquer new ones. territories. Let's see what causes their appearance between the lashes, and how they can be eradicated.

Head lice are small, wingless insects that feed on the blood and skin of the people they live on. An adult louse can colonize a person's scalp and lay eggs there, forming the colony. After a fortnight, the new lice hatched from the eggs become adults and able to lay eggs in turn, making the colony proliferate. This is why their presence must be eradicated as soon as possible - before the larvae have time to grow and reproduce, and why it is so important to make sure there are no eggs. There are several species of lice, classified according to the preferred area of ​​infestation:

One type of louse that is spreading more and more is the one that infests the eyelashes, and this is mainly due to poor hygiene practiced in the area. In particular, incorrect use of false eyelashes and eyelash extensions increases the possibility of being victims of lice: many people who use these products, in fact, neglect eyelash hygiene, creating a fertile ground for the proliferation of bacteria and lice.

(Read also: Head lice: 10 myths you absolutely must know to eradicate them faster)

Do you know what's inside a hot dog? ❯

add a comment of Do you know that your eyelashes are vulnerable to lice infestation? How to recognize and treat them