Do you always bite your nails? According to this study, you are a perfectionist (but not in a good way) 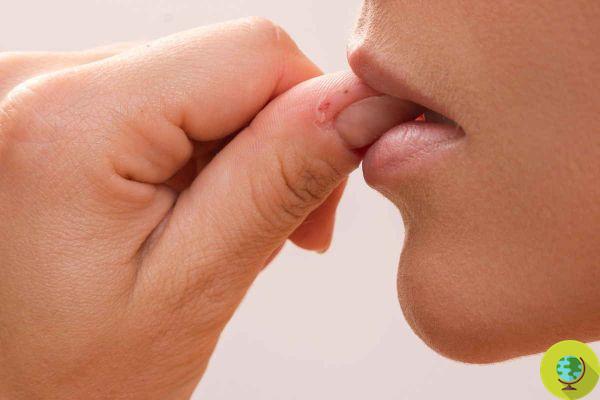 Why do we compulsively bite our nails? A study provides another perspective on nail biting, beyond the "bad habit" or symptom linked to anxiety and stress

Raise your hand if you are not at least once in your life ate my nails. Probably in very few, doing it is not only a bad habit for aesthetic reasons, but according to a study, it would reveal something of our character.


50% of the population suffers from this problem which, beware, does not concern only children and adolescents, because adults are often the ones who bite their nails.

Precisely because nails are the mirror of our health, they should be treated a little better and certainly not nibbled.

And yet onychophagy it is a difficult habit to eradicate, despite the fact that there are many natural remedies that come to our aid. For years, it ties it to nervousness and anxiety, but a study published in the Journal of Behavior Therapy and Experimental Psychiatry (JBTEP) was the first to associate nail biting with over-expectations of oneself.

Those who bite their nails would be a perfectionist who as such can hardly relax if they do not reach the maximum of their performance and therefore, consequently, would let off steam on their nails.

“We believe people who have this repetitive behavior are perfectionists who are very prone to frustration, impatience and dissatisfaction if they fail to achieve their goals ", says Kieron O’Connor, one of the authors of the study.

The behavior of 48 volunteers, 'serial nail eaters', was observed during the experiment. Everyone had to answer questions, aimed at understanding their behavior and emotions.

According to the team of researchers, everyone who had this bad habit also had the perfectionist traits. Detailed plans, maniacal order and often frustrated by not being able to do everything to the fullest.

In short, nail biting, even if apparently it might seem harmless, is not good for either the aesthetic or the physical side (let's think about crooked teeth and brittle nails), and not even our way of being.

Ok to want to do things well, but without making it a disease. So according to the researchers, for some the rule could apply that to stop biting their nails, it would be enough to live more lightly and lower expectations towards yourself. A mistake every now and then helps.

Do you bite your nails? Read here:

Do you like long nails? Once you find out what's underneath you won't want them anymore ❯

add a comment of Do you always bite your nails? According to this study, you are a perfectionist (but not in a good way)