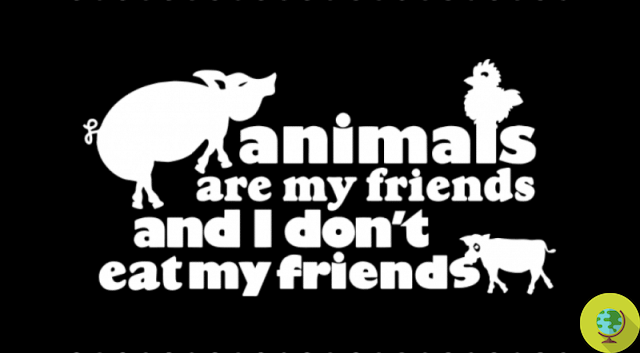 Vegetarians live longer and their health conditions are generally better than those who consume meat and fish. To confirm this are some researchers who have decided to resume a series of studies conducted in the 70s and 80s at Loma Linda University, California, on a large group of Seventh Day Adventists, consisting of thousands of individuals .

I Vegetarians they live longer and their health conditions are generally better than those who consume meat and fish. To confirm this are some researchers who have decided to resume a series of studies conducted in the 70s and 80s at Loma Linda University, in California, on a large group of Seventh Day Adventists, made up of thousands of individuals.

The study on the state of health of Adventists, called “Adventist Health Study”, was revived in 2002 by the same Californian university, with the name of “Adventist Health Study 2”. Previous research had already indicated how foods usually consumed in large quantities in vegetarian diets, such as fruits, vegetables, legumes and nuts, could help reduce the risk of contracting heart disease e 2 type diabetes, as well as improving brain performance and helping to control body weight.

The study resumed in 2002 interested 96 thousand individuals from the United States and Canada. Speaking of which, Dr. Gary E. Fraser, on the occasion of the "Academy of Nutrition and Dietetics' 2012 Food & Nutrition Conference & Expo", stated how, among the Seventh Day Adventists whose state of health, vegetarian men have alife expectation di 83,3 years, which rises to 85,7 years for women - 9,5 and 6,1 years longer than for Californians outside of this survey. The Adventist Health Study 2 found that:

1) Vegetarians and vegans are less insulin resistant compared to those who consume meat and fish.

2) Vegans they weigh about 13 kg less compared to omnivores and may have a body mass index lower than the latter by up to 5 points.

4) Those who have reduced their consumption of meat, eating it only once a week, can present intermediate benefits between what was found in the case of omnivores and vegetarians.

The study also showed how theobesity can shorten life expectancy of each individual up to 6%, with particular reference to African-Americans. The individuals who took part in the study were 50% vegetarians and 25% African American. Expert interest has turned to Seventh-day Adventists since their religion encourages vegetarian food and discourages the habit of smoking, as well as the use of alcohol and drugs.

The true costs of meat production. From LAV 10 ways not to consume the world ❯