Do organic foods make you selfish and snobbish? 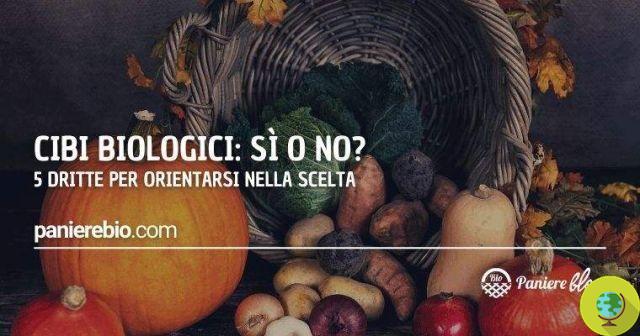 It seems incredible, but it is exactly what an "authoritative" research from Loyola University, New Orleans, USA, directed by Dr. Kendall Eskine and published in Social Psychological and Personality Science claims.

I organic foods are breasts, because they don't come never in contact with pesticides e chemical additives harmful to man and the environment and, thanks to the totally natural method with which they are grown and processed, they keep the balance between mineral salts, vitamins and proteins unaltered. They are safe, because subjected to periodic checks at every stage of their production, by the recognized control bodies responsible for their certification. In short, they feed better and protect us from dangerous substances. But if they made us too obnoxious, selfish and bigots?


It seems incredible, but it is precisely what an "authoritative" research of the Loyola University , New Orleans, USA, directed by Dr. Kendall Eskine and published on Social Psychological and Personality Science . Eskine and colleagues conducted a study out of 62 volunteers, all university students, who were divided into three groups. Each group looked at images of foods, spinach and apples the first group, ice cream or chocolate the second, and neutral foods, such as oats or flour, the third. Called to express their preferences, on a scale of 1 to 7, on a series of cartoons illustrating transgressions and immorality.

The researchers found that the 20 people who had looked at pictures of organic foods they made harsher moral judgments, averaging 5 points on the morality scale, and they volunteered less than the other participants. That was enough to deduce that i organic foods make people unpleasant, selfish and bigots.

According to the researchers, in fact, who loves organic food develops a high self-esteem and for this reason he is severe in his judgments: "these results suggest that organic foods can induce people to assert their own moral identity, which mitigates the desire to be altruistic", reads the abstract.

Consequently, who "look "organic food is often obnoxious and is unwilling to help a stranger. It matters little if some participants did not even know what an organic food was and if there was no link between the opinion expressed and their preferences for organic food. Or, again, the very limited sample of the boys analyzed. Should this be authoritative science?

I Ching, approach the Book of Changes ❯

add a comment of Do organic foods make you selfish and snobbish?