Do artificial sweeteners increase the risk of diabetes? 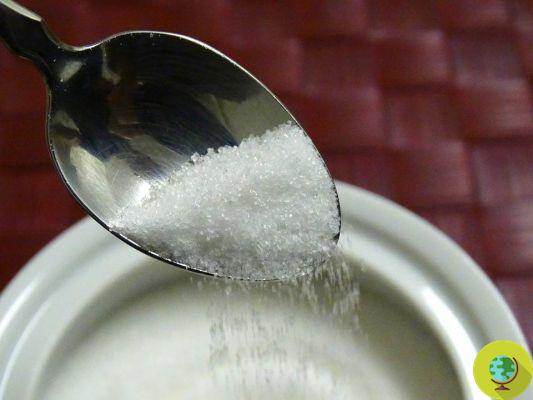 Among the various disadvantages of consuming artificial sweeteners there would also be the increased risk of developing type 2 diabetes. To confirm what previous research had already suggested is a new Australian study that has however been, at least in part, disputed.

Among the various disadvantages of consuming artificial sweeteners there would also be an increased risk of developing diabetes type 2. To confirm what previous research had already suggested is a new Australian study that has been, however, at least in part, disputed.


Artificial sweeteners, which many people with weight problems use as a substitute for sugar, can affect the body's ability to control glucose levels and, consequently, increase the risk of developing type 2 diabetes, according to research.

The study in question, conducted at the University of Adelaide in Australia, is small and the results, presented to the European Association for the Study of Diabetes in Lisbon, have not yet been published.

The Australian team wanted to investigate whether large amounts of artificial sweeteners have the potential to alter the body's ability to control blood glucose levels. Some of the 27 healthy volunteers who were recruited for the study received the equivalent of 1,5 liters of a diet drink per day in capsule form of two different sweeteners: sucralose and acesulfame K. One group took the capsules three times a day. day for two weeks before meals, the control group was given a placebo instead.

At the end of the test it was noted that the body's response to glucose was impaired in those taking artificial sweeteners. As the authors stated:

Although the results obtained are in line with previous research (we had already told you about that conducted by the Canadian York University), some experts have stated that they do not fully support the conclusion.

For example, we report the position of Dr. Inês Cebola of Imperial College London and member of the Society of Endocrinology.

“Even if artificial sweeteners are shown to be harmful to the general population in the future, this may not be true in all cases. Type 2 diabetes arises from an interaction between environmental and genetic factors, many of which we do not yet fully understand. It is therefore premature to focus on artificial sweeteners as isolated elements of risk. The whole story will probably turn out to be much more complex ”.

“This is a small study with interesting results but it does not provide strong evidence that artificial sweeteners increase the risk of type 2 diabetes. We need to see the results of larger tests conducted in more live real-life environments before we can better assess. ".

In short, among the risk factors of type 2 diabetes there may be (and in all probability there are) artificial sweeteners but many other aspects of our diet and lifestyle must undoubtedly be examined through new research.

add a comment of Do artificial sweeteners increase the risk of diabetes?