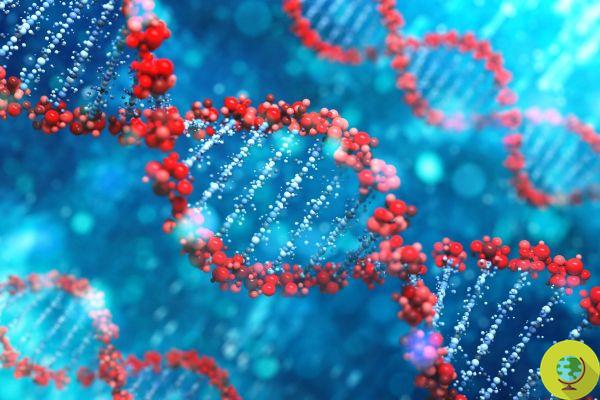 Mutations rarely occur in regions of DNA that contain the most important genes, according to a new study

Le mutations occurring at the level of the DNA can occur as a result of cell damage and are the main driver ofevolution. According to Darwin's theory of evolution, such mutations occur so random and it is natural selection that determines which mutations are worth keeping and which are not.


A group of researchers recently overturned this theory through a new study stating that DNA mutations may not be as random as we have believed so far.

The researchers carried out theirs experiments on specimens of Arabidopsis thaliana, a plant characterized by a relatively simple genome and for this reason often used in similar studies.

For the study, the genomes of hundreds of plants grown in the laboratory were analyzed, identifying thousands of mutations as they occurred, including harmful ones that would be rapidly removed in nature. selective pressures, before they can be observed.

By results it emerged that the mutations did not occur randomly at all: in some parts of the genome the mutations were rare, while in others much more common. Going deeper into what was observed, it was then noted that the regions with few mutations were those relating to genes necessary for each cell and therefore essential for the survival of the plant.

Since it is about regions of the genome more sensitive to the harmful effects of mutations, the repair of cell damage appears to be more effective so as to reduce the risk of damaging the most important genes. In practice, it is as if the plants under study had found a way to protect certain genes from mutations.

Scientists also discovered a correlation between different types of DNA-associated proteins and the appearance of mutations, which can help predict which genes have the greatest chance to change from others.

The new research findings could fundamentally change our view on evolution and be used in the future to predict which genes are most likely to cause disease in living things.

Potentially, this discovery could help grow better plants or even a protect human genes from mutations and effectively treat serious diseases, including i tumors.