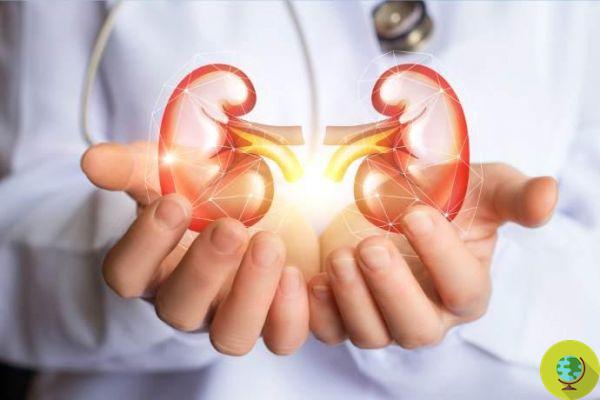 According to this study, the increase in temperatures would correspond to more cases of patients suffering from kidney problems

According to this study, the increase in temperatures would correspond to more cases of patients suffering from kidney problems


Among the many and dramatic consequences that global warming causes to the ecosystem and human health there are others: kidney disease.

Previous studies had already shown how climate change, and in particular global warming, had an impact on the heart and lungs, causing death in some cases. In addition to these also i kidneys would be affected by the high temperatures.

A study conducted by a team of international researchers analyzed data from patients admitted to hospital for kidney problems between 2000 and 2015 in 1816 Brazilian cities and the rise in temperatures over those five years.

The results of the huge sample speak for themselves: plus 2,7 million of those hospitalizations had been for kidney disease.

The researchers estimated that for every 1 ° C increase in global temperature, the risk of hospitalization for kidney problems would also increase by 0,9%. As experts specify, 0,9% may seem too low a percentage to venture such a hypothesis, but it is not at all when you relate it to the more than 212 million people living in Brazil.

Women, adults over 80 and children up to four years are the categories most exposed to risk to develop kidney difficulties, according to the data collected.

Discovered a new organ of the human body: the interstitium ❯