New research points the finger at a particular product, bacon: if eaten every day it increases the risk of dementia by 50%.

It is now well known that red meat, processed meat, fats and more generally junk food also affect the health of our brain. Now new research points the finger at a particular product, bacon: when consumed every day increases the risk of dementia by 50%.


The study, conducted by British researchers at the University of Leeds and published in the American Journal of Clinical Nutrition, was based on half a million people and revealed that even just a slice of bacon a day for the brain to go to food. And the danger grows independently of other factors, such as genetic tendency.

Also read: The 10 worst foods to have breakfast

"This adds to the growing body of evidence linking the consumption of processed meat to increased risk of a number of noncommunicable diseases," says one of the researchers, Huifeng Zhang. 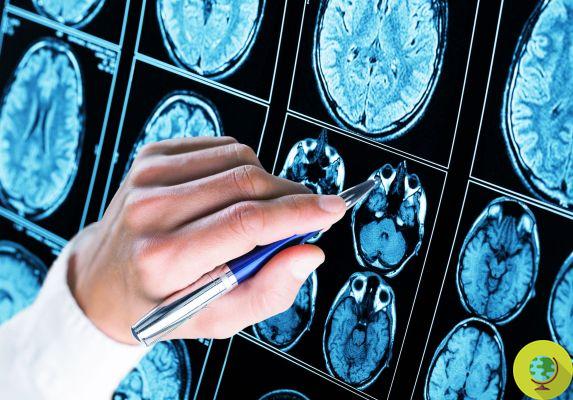 Doctor pointing with pen to the brain

The team looked at the details of the UK Biobank database of Britons aged 40 to 69 between 2006 and 2010, including how often they snacked on meat products. In particular, they used the data of 500 people and found that consuming a 25g serving of processed meat per day, the equivalent of a slice of bacon, is associated with a 44% increased risk of developing dementia.

In fact, in an average of eight years, nearly 2900 cases of dementia, including Alzheimer's disease, emerged. These people were generally older, less educated, more likely to smoke, less physically active, and more likely to have a history of stroke and family dementia. The study, on the other hand, did not specifically assess the impact of a vegetarian or vegan diet on dementia risk, but did include data from people who said they did not eat red meat.

"Anything we can do to explore potential risk factors for dementia can help us reduce the rates of this debilitating condition," explains Professor Janet Cade, who oversaw the research. This analysis is a first step to understand if what we eat could influence this risk ".

Some people had three to six times more likely to develop dementia due to well-established genetic factors, but the results suggest that the risks from consuming processed meat were the same regardless of whether a person was genetically predisposed to developing the disease.

Meat consumption had previously been associated with the risk of dementia, but this is believed to be the first large-scale study examining a link between specific types and quantities of meat and the risk of developing the disease. There are approximately 50 million cases of dementia globally, with approximately 10 million new cases diagnosed each year. Alzheimer's disease accounts for 50% to 70% of cases and vascular dementia around 25%. Its development and progression are associated with both genetic and environmental factors, including diet and lifestyle.

A research that in any case once again confirms a fact: if you really are not for a vegetarian diet, keep in mind that the consumption of red or processed meat must still be taken with a grain of salt. A varied eating style, then, combined with regular physical activity will do the rest.