Did the EU really propose to water down the wine? How are things 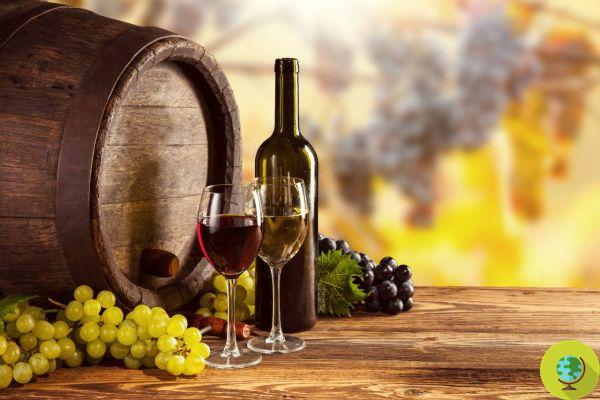 Do you want to include the possibility of watering down certified non-alcoholic wine in the new European agricultural policy? The EU denies

In recent days the news has been circulating that the possibility of making a non-alcoholic DOCG or Igp wine, therefore certified, extended with water, could also be included in the European Common Agricultural Policy (CAP). Many reactions from winemakers and associations but the EU denies.


To date, in Europe it is not allowed to make non-alcoholic wine with a protected designation, i.e. certified as Dop, Igp, etc. A few days ago, however, Coldiretti made it known that the new draft PAC, which is being discussed in these days and which will come into force in January 2023, would also like to allow this possibility, allowing among other things to extend the non-alcoholic wine with water. .

The addition of water would be allowed so as to equalize the initial volume of the liquid which is partially lost when the "dealcoholation" process is carried out. Harsh replies to this news:

"Removing alcohol from wine and adding water is the latest Brussels gimmick for the wine sector already under attack with the proposal to introduce alarmist labels to discourage its consumption, foreseen in the Communication on the Action Plan to improve the health of European citizens. In this way it is still allowed to call wine, a product in which the characteristics of naturalness have been completely compromised due to the invasive treatment that intervenes in the centuries-old process of transformation of grapes into must and then into wine. A legalized deception for consumers who find themselves paying for water like wine ”writes Coldiretti Giovani in a note.

A storm had already broken out when the Agi, reporting what was declared by a source inside the European Parliament, denied:

"the European Commission proposal does not contain any reference to the addition of water to wine".

Of course, the possibility of extending the labels of denominations such as Dop and Igp to de-alcoholised wines is a topic that is actually dealt with in the text of the CAP and has a certain relevance considering that its realization would favor exports to Arab countries (where most citizens cannot or does not want to consume alcohol). But also in our country there could be a slice of consumers enticed by the possibility of consuming a wine with a label of controlled origin.

The issue therefore remains hot but it seems that the risk of "watering down" is averted and, moreover, to reassure even more producers and consumers, Paolo De Castro, MEP expert in agricultural policies, thought about it:

"The agreement will not oblige anyone: each State will have the possibility to accept this opportunity or to write a more restrictive rule and in any case the final word will be up to the individual denominations and therefore to the consortia"

Even the leading exponents of various associations linked to enology, including Bernard Farges, president of the European Federation of wines with a designation of origin, Efow, recall that what makes the difference, even if the EU allows certain things, is the denomination itself:

However, experts in the wine sector continue to argue and many disagree to extend the possibility of producing non-alcoholic wines to certified bottles as well.

It must be said, however, that the negotiations at the European level are still in progress, so we are waiting to know exactly what the CAP establishes before "bandaging our heads".

add a comment of Did the EU really propose to water down the wine? How are things