Diabetes: thus vinegar improves blood sugar, how much to take (and when) to regulate blood sugars 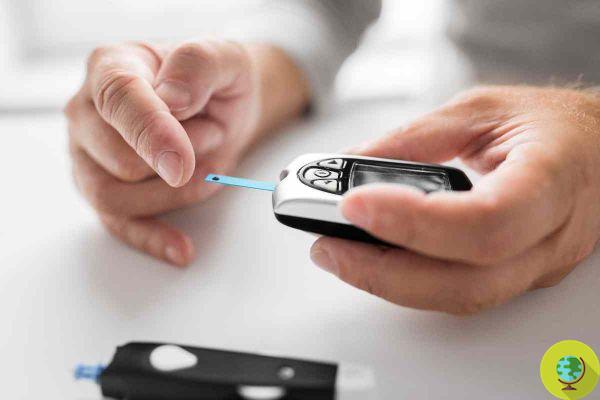 A recent study revealed how patients with diabetes can control their blood sugar levels by drinking vinegar with meals, especially in the case of complex carbohydrates.

There are some foods and drinks that can help balance blood sugar levels. A study published in the National Library of Medicine argues, in fact, that the consumption of vinegar at meals it was used as a folk medicine for the treatment of diabetes before any hypoglycemic drug therapy.


Recent studies also indicate that vinegar improves insulin sensitivity both in healthy subjects and in subjects with diabetes. In fact, four randomized crossover studies were conducted in adults with type 2 diabetes and without diabetes.

All trials followed the same protocol, which involved a standardized meal the night before the test, an overnight fast, and a glucose test two hours after consuming a meal with bagel and juice or a dextrose solution.

The researchers found that two teaspoons of vinegar, about 10 g, effectively lowered postprandial blood sugar, and this effect was more pronounced when the vinegar was ingested with meals than it was five hours earlier.

The study notes that vinegar did not alter postprandial glycemia when ingested with monosaccharides, suggesting that the anti-glycemic action of vinegar is related to carbohydrate digestion.

In a diabetic patient, blood sugar levels rise and fall throughout the day, and for people living with diabetes these changes are greater and occur more often than in people who do not have diabetes.

Symptoms ofhyperglycemia they tend to develop slowly over a few days or weeks, although in some cases there may be no symptoms until the blood sugar level is very high. The most obvious signs of this are increased urination, increased thirst and increased hunger.

Sul diabetes could it be interesting for you:

add a comment of Diabetes: thus vinegar improves blood sugar, how much to take (and when) to regulate blood sugars