Diabetes: The shorter people most at risk of developing it. A study reveals why 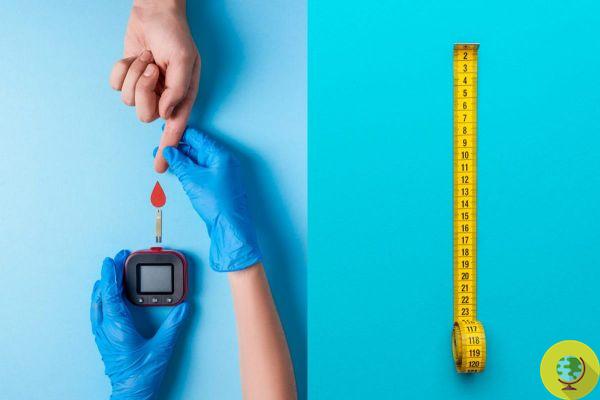 Shorter people may have a higher risk of developing type 2 diabetes than taller people.

Your height may determine your risk of developing type 2 diabetes. According to new research, the shorter people are, the more likely they are to become diabetic, the taller they are and the less they are in danger. And it also seems to be a matter of centimeters.

The increased risk in shorter subjects may be due to higher liver fat content and a less favorable profile of cardiometabolic risk factors, say authors including Dr Clemens Wittenbecher and Professor Matthias Schulze.

The scientists analyzed data collected from 27.548 people between the ages of 35 and 65 between 1994 and 1998 and, by studying their physical characteristics such as weight and height, but also their waist circumference and blood pressure, they they compared them with those of 2.500 other participants.

According to the results, the risk of developing type 2 diabetes would be 41% lower for men and 33% lower for women every 10 centimeters in height and this risk would also vary according to weight. It seems, in fact, that for people of normal weight the advantages of height are more evident: the figures rise to 86% for men and 67% for women. While in obese or overweight people, the risk of developing diabetes is 36% lower in men and 30% lower in women for every 10 centimeters of height difference.

The findings add to a growing body of research linking short stature to an increased risk of heart and metabolic problems. However, the reason for the association between height and diabetes is not yet fully understood, although the results of the new study also suggested that people with short stature tended to have higher levels of liver fat, which may partly explain the their increased risk of type 2 diabetes.

add a comment of Diabetes: The shorter people most at risk of developing it. A study reveals why