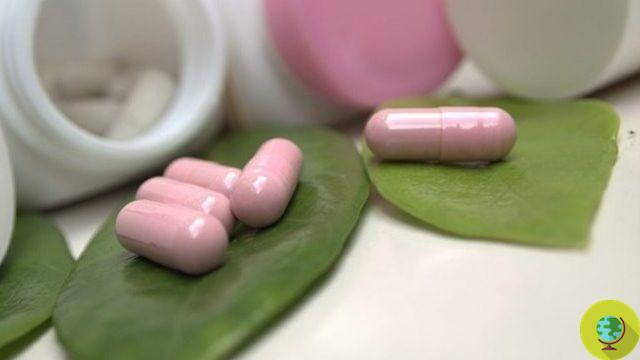 Good news for all insulin dependent diabetes sufferers. US researchers are developing insulin capsules that could soon replace traditional injections.

Good news for all insulin dependent diabetes sufferers. Some US researchers are developing insulin capsules which could soon replace traditional injections.


keep blood sugar levels at bay, millions of patients around the world need to have insulin injections every day. A gesture that at some point becomes automatic but which is still annoying and uncomfortable. Scientific research has therefore been working for years to find a better alternative for diabetics struggling every day with needles, syringes and insulin packs.

Read also: DIABETES: FROM MIT THE INSULIN THAT IS ACTIVATED ONLY IF YOU NEED IT
It seems that he has achieved excellent results a research team from Niagara University (USA) who shared the results of the first tests at the national meeting of the American Chemical Society (Acs), in Philadelphia. Scientists have created insulin pills in which the fat envelops the active ingredient protecting it during its journey inside the body and making it arrive unscathed in the blood.

Read also: DIABETES: THE 10 MOST COMMON INITIAL SYMPTOMS
The real challenge these researchers have faced is the passage into the stomach, a very delicate point given the particularly acidic environment that distinguishes it and which risks ruining the active ingredient by not making it get there where it is needed. However, the American team managed to overcome the obstacle, so he explained Mary McCourt, one of the research coordinators:

“We have developed a new technology called Cholestosome which is a neutral lipid-based particle capable of doing some very interesting things ”.

Basically the stomach barrier has been overcome by encapsulating insulin in natural lipid molecules, or fat. Tests carried out by researchers have shown that once assembled into spheres, the lipids form neutral particles capable of resisting stomach acid. Once in the intestine they are absorbed and they arrive in the blood where they release insulin.

Further tests are obviously needed to confirm the results achieved. In fact, it still takes some time to get to an experiment on humans which will prove decisive and could change the lives of many diabetes sufferers around the world.

add a comment of Diabetes: soon insulin pills instead of injections