Diabetes: Plant-based diets now reduce risk, especially if you're over 50 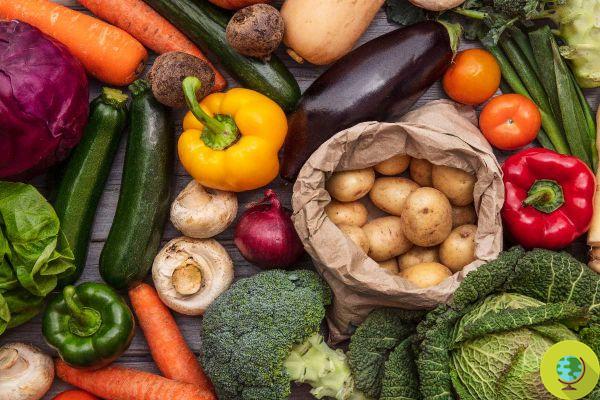 According to a recent diabetes study, eating a plant-based diet rich in highly nutritious foods, such as fruits, vegetables and seeds, can protect against type 2 diabetes and any complications caused by this disease.

New research found that the consumption of plant-based foods, including fruits, vegetables, nuts, coffee, and legumes, is associated with a lower risk of developing type 2 diabetes.


(Read also: Start following a plant-based diet and the chronic migraine disappears. The clinical case that the experts discuss)

The study looked to identify and profile the metabolites related to different plant-based diets, and to investigate possible associations between these profiles and the risk of developing the disease.

A metabolite is a substance used or produced by chemical processes in a living organism, and includes the vast number of compounds found in different foods, as well as the complex variety of molecules created when those compounds are broken down and processed for use by the body.

Hence, differences in the chemical composition of foods mean that an individual's diet should be reflected in their metabolic profile.

Over 90% of diabetes cases are type 2, and the condition poses a major health threat worldwide. The global prevalence of the disease in adults has more than tripled in less than two decades, with cases increasing from around 150 million in 2000 to over 450 million in 2019, and expected to rise to around 700 million in 2045.

This disease can also cause major complications, both macrovascular, such as cardiovascular diseases, both microvascular, which damage the kidneys, eyes and nervous system.

The diabetes epidemic is mainly caused by unhealthy, overweight or diets obesity, genetic predisposition and other lifestyle factors, such as lack of exercise.

Plant-based diets, particularly those that are healthy and high in high-quality foods such as whole grains, fruits, and vegetables, have been associated with a lower risk of developing the disease, but the underlying mechanisms involved are not fully understood.

(Read also: Diabetic diet: what to eat, weekly schedule and foods to avoid)

The team conducted an analysis of blood plasma samples, and dietary intake of 10.684 participants from three potential cohorts.

- dietary indices were based on the intake of 18 food groups divided into:

Analyzing the data along with the diet index scores allowed the team to find any correlations between the metabolite profile, the diet index and the risk of diabetes.

The study found that compared to participants who did not develop the disease, those diagnosed during follow-up ate fewer healthy plant-based foods. Additionally, they had a higher average BMI, and were more likely to have elevated blood pressure and cholesterol levels.

Although it is difficult to identify the contributions of individual foods because they have been analyzed together as a model, the individual metabolites resulting from the consumption of polyphenol-rich plant foods such as fruits, vegetables, coffee and legumes are all closely linked to a healthy plant-based diet and lower risk. of diabetes.

Hence, according to the scientists such findings support the beneficial role of healthy plant-based diets in the prevention of diabetes.

Sul diabetes could it be interesting for you:

add a comment of Diabetes: Plant-based diets now reduce risk, especially if you're over 50