Depression: The cause may be in your gut 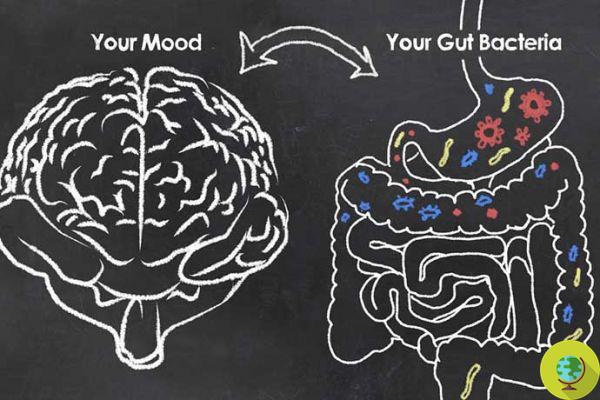 Where does depression originate? According to new research, the answer lies in our gut. A lack of certain bacteria could in fact give rise to this problem, considered one of the "evils of the century".

Where does the trough? According to new research, the answer lies in ours intestine. A lack of certain bacteria could in fact give rise to this problem, considered one of the "evils of the century".


It is now clear and established: intestinal health is one of the keys to our well-being at 360 °. More and more research shows how this organ is important, not only for the health of the gastrointestinal tract, but also for organs and tissues very far from it. The brain and nervous system are not excluded either.

According to new research, conducted in Belgium and published in Nature Microbiology, the lack of specific intestinal bacteria is linked to the onset of depression.

To arrive at this result, the research team, led by Jeroen Raes of the VIB-KU in Leuven, compared the health of two independent samples of people: the first made up of 1054 individuals who were part of the Flemish Gut Flora Project study. and the second consisting of 1062 individuals, part of the Dutch LifeLinesDEEP. In both groups, there were healthy people and people with depression.

The results of the study

By studying the gut microbiota genome of all participants, important differences were noted in the composition of the bacterial flora of those suffering from depression compared to healthy subjects.

It was found that two types of bacteria in particular, Coprococcus and Dialister, are found to be fewer in the intestines of depressed people.

The research also noted that the activity of some intestinal bacteria is important for mental health as it helps in the production of dopamine, a neurotransmitter that gives us feelings of well-being and gratification. Having a greater number of them in your intestine is therefore an advantage for the brain and nervous system and would lower the risk of depression.

The researchers themselves are now ready to take the next step. A new study will start in the spring to better understand the role of intestinal bacteria and their involvement in the onset of depression.

And who knows that in the future this disease cannot be prevented or cured through a targeted action on the intestine ...

add a comment of Depression: The cause may be in your gut