Depression: the bible of depression (symptoms, types and solutions)

How is depression recognized? What are the symptoms and how to deal with it?

La trough can be defined as a mood disturbance. More widespread than is thought among the general population (although it affects women more frequently), depression is a condition characterized by great sadness, a sense of hopelessness, loss of motivation, eating and sleeping disorders and from morbid thoughts. But they exist different types of depression? And are there any solutions to get out of it?


Uno depressive state it can last for weeks, months or even years and receives different classifications depending on the intensity of the symptoms. In general, depression affects not only mood, thoughts and behavior, but also the body (a person suffering from depression, for example, may be more vulnerable to colds or infections) and in severe cases it can lead to suicide.

Often, the term "depression" is misused in common parlance for describe the inevitable periods of sadness, of boredom or melancholy that we are all more or less called to go through. For example, being sad after the loss of a relative or blaming a momentary sense of failure in the workplace is normal. But when these moods are repeated daily and for no particular reason or last too long, we can start talking about depression.

READ also: HOW TO FACE THE DIFFICULT MOMENTS OF LIFE

Depression is actually one chronic disease and meets specific diagnostic criteria and when the ability to work, study or have peaceful social relationships is compromised, one is faced with a depressive disorder.

In addition to a strong sense of sadness, a depressed person retains negative and humiliating thoughts: "I'm worth nothing", "He will never do it", "I hate who I am". See you unnecessary and there is no vision of the future or interest in activities that could previously have been thought pleasant. 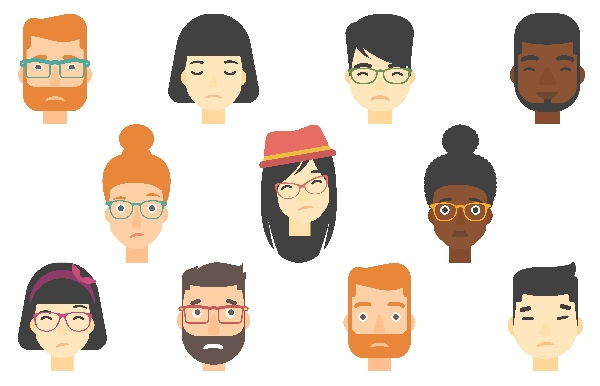 Depression can occur a any age, including childhood (albeit very rarely), but there are some stages of life most at risk (adolescence), especially those in which strong changes occur that generally imply a readjustment in a new context. Some people may have isolated episodes of depression followed by even years without symptoms, while others have groups of episodes or episodes that become more and more frequent with increasing age.

Finally, depression is one of the most common psychiatric disorders: according to the World Health Organization by 2030, depression will become the second leading cause of disability in the world, after cardiovascular disorders.

Tanta sadness and inability to feel pleasant emotions. Everything is a problem and one feels inadequate. 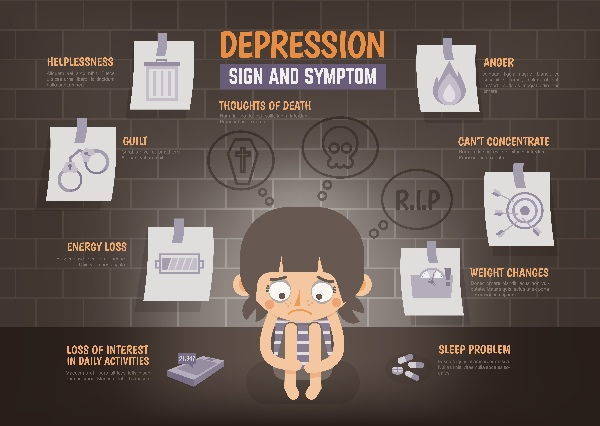 I most common symptoms of a depressive state are:

Symptoms of depression are accompanied by significant distress or one impairment of social and work relationships. In addition, severe depression is often associated with other problems such as i anxiety disorders o drug or alcohol abuse. In fact, many depressed people use these substances to relieve their symptoms, creating - of course - other health problems.

READ also: DEPRESSION: 20 SYMPTOMS AND SIGNS NOT TO UNDERESTIMATE

Recognizing depression in moles children and in adolescents it is not easy. In children, depression is fortunately quite rare, however, special attention should be paid to any sudden change in behavior and signs of withdrawal, absence, or, conversely, irritability or agitation:

In teens, it can be difficult to distinguish depression from moments of crisis or despair at this stage of life.

The most common signs are:

READ also: ADDICTION TO VIDEO GAMES, SMARTPHONES AND TABLETS: IT IS ALARM FOR CHILDREN AND ADOLESCENTS

Depression in the elderly symptoms

In older people, among whom depression is also very common, this disorder actually risks going unnoticed because the symptoms (fatigue, loss of motivation, isolation) can be attributed to aging. Some symptoms of depression more common in older than younger are:

READ also: OMEGA 3 EXTEND THE LIFE OF THE ELDERLY

What Triggers Depression? Million dollar question. It is not known exactly what causes depression, but experts agree that it is a complex disease involving many. factors related to heredity, biology, life events, the environment in which one lives and life habits.

Basically, they can be distinguished:

Based on the course of a depressive disorder, ai symptoms and the relationship with events, different types of depression must be distinguished:

Then there is the so-called postpartum depression, however, which usually lasts a few weeks and resolves completely. 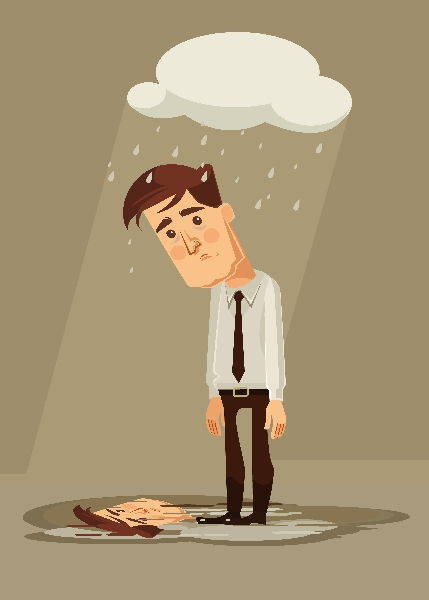 There are several possible complications of depression:

The treatment of depression

The first medical response to a state of depression is: treatment with antidepressants, whose main function is that of re-establish the normal balance between neurotransmitters and receptors (it is clear, in fact, that in depression the symptoms are associated with a reduction of some types of neurotransmitters such as serotonin, noradrenaline, dopamine and a variation in the sensitivity of the corresponding receptors).

But it is still drugs, so it is also and above all of fundamental importance gradually help the depressed person to resume their activities and to undertake cognitive behavioral psychotherapy, the only form of psychological therapy that has ever been effective.

Undertake one psychotherapyin fact, it often helps to understand the meaning of one's depression or, at least, what triggered it. Such therapy also helps to find ways to feel better every day, to respond better to trials, and to seek success.

There are several psychotherapeutic approaches and the Cognitive-behavioral therapy is one of the most effective methods of short-term depression. 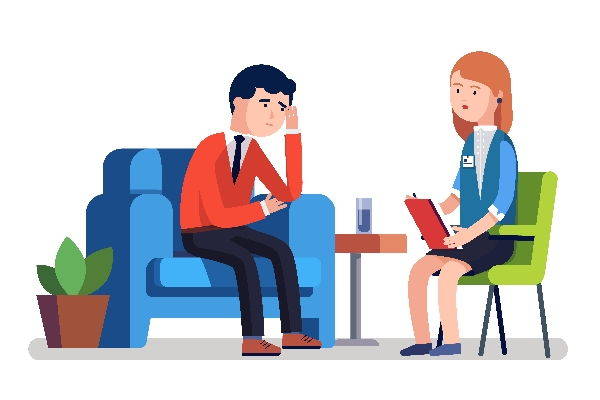 Similarly, the therapy based on "awareness", the so-called "mindfulness" is a new approach that has proved equally valid. But the effectiveness of the treatment depends, needless to say, also on the personal commitment and willpower of the depressed person, as well as on the relationship of trust that is established with the therapist.

Then there would also be the so-called yogic breathing (or Sudarshan Kriya meditation, which consists of a series of deep breaths that lead to a state of complete relaxation) to have particular anti-depressant benefits, in addition to the more classic meditation.

READ also: COMPLETE YOGIC BREATHING: THE BENEFITS AND HOW TO PRACTICE IT

How to prevent depression

Sometimes, in some cases, it is it is enough to organize a healthier lifestyle for some time, such as going to bed early, exercising more, and eating more balanced (research confirms that the Mediterranean diet alleviates symptoms of everyone's depression).

But much more can help prevent you from sinking into irreversible depression and, in particular, to prevent relapses:

Depression: one hour of physical activity a week is enough to keep it away ❯

add a comment of Depression: the bible of depression (symptoms, types and solutions)