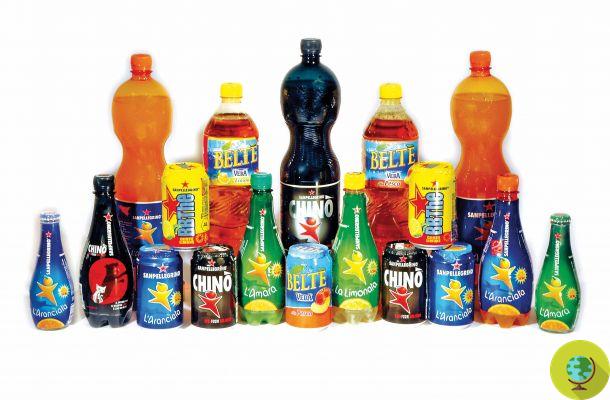 One more reason not to drink fizzy and sugary drinks: the consumption of these types of drinks, especially 'diet' ones, is associated with an increased risk of depression in adults. To combat this mood pathology, it is better to choose coffee.


One more reason not to drink fizzy and sugary drinks: the consumption of these types of beverages, particularly 'diet' ones, is associated with an increased risk of depression in adults. To fight this mood pathology better to choose coffee. That's what a study from the National Institutes of Health claims, which will be presented at the 65th annual meeting of the American Academy of Neurology in San Diego in March.

“Sweetened drinks, coffee and tea are commonly consumed around the world and have important consequences, on a physical and mental level", Explained Honglei Chen, a member of the American Academy of Neurology and principal author of the study which involved 263.925 volunteers between the ages of 50 and 71 from 1995 to 1996. Analyzing them, the researchers evaluated the consumption of soft drinks with soda, tea, drinks as the punch and coffee.

In the follow up, about ten years later, they checked all cases of depression among the volunteers since 2000. There were 11.311 diagnoses of depression and people who drank more than four cans of soda a day had the 30% more chance to develop the disorder compared to those who did not consume them.

Participants who consumed four glasses of fruit punch had a 38% higher risk, while those who preferred four cups of coffee had about the 10% less likely to develop depression. “Our work - conclude the researchers - indicates that preferring unsweetened coffee to sweet drinks in a 'diet' version can reduce the risk of suffering from depression. But they are necessary further research to confirm these results ".

Punch: 5 recipes to warm up the winter

Sweet and carbonated drinks: consuming them as children puts the heart at risk when grown up

“The Unhappy Truth About Soda”: the cartoon video against carbonated drinks

Depression: the bible of depression (symptoms, types and solutions) ❯

add a comment of Depression: Sweet and fizzy drinks increase the risk