Dementia: the 5-minute home test arrives, capable of predicting cognitive decline starting as early as the age of 40 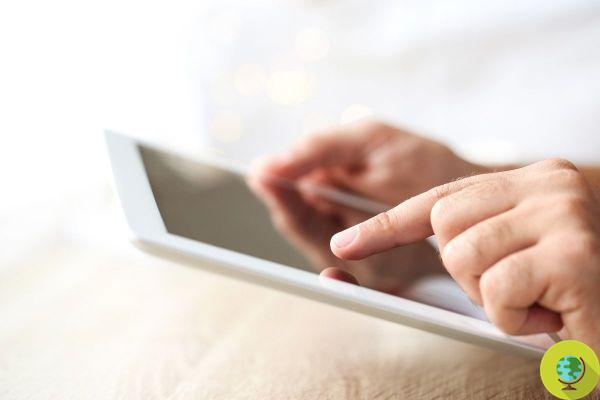 
Having crossed the "watershed" threshold of forty, it seems that our body begins to decline: the first pains begin to arise here and there, the attention towards what we are reading decreases, we no longer have the energy needed to stay in the wee hours for two nights in a row. But what worries most people are all those little oversights - forgetting where your car is parked, a bill expiring or a relative's birthday, losing your keys or mobile phone - which combined can generate anxiety and worry. : is it just a small decay due to advancing age or is it a wake-up call not to be underestimated?

To try to answer these questions, a test was invented capable of measuring the level of cognitive impairment: it is called CognICA Integrated Cognitive Assessment and was developed by the London-based Cognetivity Neurosciences. The test has already been approved in Europe as a CE marked medical device, and is used in UK primary and specialist clinical care. Recently, the approval of the Food and Drug Administration (FDA) has also arrived, which has authorized its use in the United States as an alternative to traditional pen and paper tests without compromising its effectiveness and reliability.

(Read also: Do ​​you know the Stroop effect? ​​If you read these words wrong, it is the signal that your brain is starting to skip)

Indeed, CognICA has additional advantages over traditional tests: first of all, it has a high sensitivity to detect cognitive impairment at an early stage (this could allow early intervention with treatments or lifestyle changes that could help slow the progression of the dementia); secondly, the digital format allows instant transformation of the test into any language, helping to avoid cultural or educational bias; finally, it is a test that can also be performed without supervision, saving time and money for health systems.

The possibility of doing it even from home, without the presence of a specialist but with the only help of the tablet, allows continuous monitoring of patients without clinical visits.

But how does this test work? Appear on the tablet screen several images at a very fast pace: the task is to distinguish those that represent animals from those that do not represent animals. The faster the response to the stimulus, the healthier the brain will be: just think that a healthy brain can process and recognize images of animals in less than 200 milliseconds. The early diagnosis of neurodegenerative diseases is one of the main objectives of the research: the sooner the signs of the disease are recognized, the sooner it can be treated adequately, slowing down its effects.

Dementia: the way you sleep after age 50 can increase your risk by 30% ❯

add a comment of Dementia: the 5-minute home test arrives, capable of predicting cognitive decline starting as early as the age of 40