Cycling does not harm men's fertility or urinary health. Confirmation 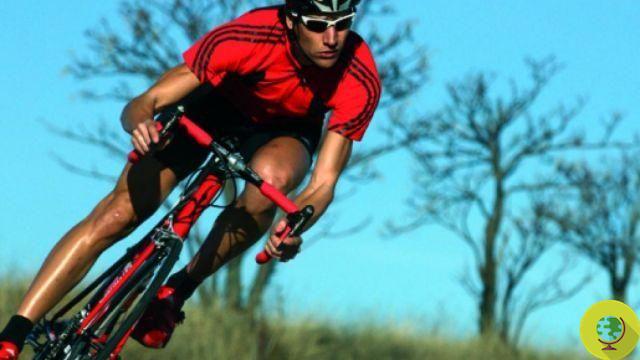 Bicycling is not a risk to men's sexual health, nor is it a harmful habit for their urinary function. A study confirms what we already knew: cycling offers many more benefits than risks!

Go cycling it is not risky for the prostate, for the fertility of men and even less for their urinary function. A study confirms what we already knew: cycling offers many more benefits than risks!


To get to this point, a research team from the University of California, which saw its results published in the Journal of Urology, compared the sexual and urinary health of a group of cyclists with that of runners and swimmers, athletes who practice sports. in which the area of ​​the body responsible for these functions is not specifically stressed.

2.774 cyclists from the UK, Canada, Australia and New Zealand were sampled along with 539 swimmers and 789 runners. Their situation was analyzed and assessed using a series of questionnaires that measured their sexual health and urinary function.

The cyclists were divided into two groups based on how much they rode: a "low intensity" group of regular cyclists and a "high intensity" group who had been cycling on average more than 25 miles three days a week for two years. or more.

All participants were asked a series of questions related to sexual health, prostate problems, urinary tract infections, genital numbness and saddle sores. They were also asked how often they rode, which saddle they used, the height of the handlebars and the type of shorts they wore while pedaling.

After collecting and comparing the results it was found that sexual health and urinary function were comparable in all three groups although some cyclists were more prone to urethral stricture, a narrowing of the urethra. Furthermore, there was no statistically significant difference between high intensity cyclists and people who rode less frequently.

Position on the bike was also found to affect whether or not you were likely to experience problems, such as increased standing time while pedaling and increased handlebar height were associated with lesser chances of sores and genital numbness.

The authors of the study therefore essentially contradicted what was reported by previous research that suggested that erectile function could be negatively affected by cycling.

Here is what Benjamin Breyer of the University of California's Department of Urology said:

“We believe the results will be encouraging for cyclists. Cycling offers tremendous cardiovascular benefits and low impact on the joints. We believe that the health benefits enjoyed by cyclists who travel safely far outweigh the health risks "

In reality, research had already appeared in the past that exonerated cycling from any problems it could cause to the "lower parts" of men. We told you about the study conducted by the University College of London which analyzed a sample of 5.300 cyclists (between 16 and 88 years old) who spent 3 to 9 hours cycling every week. Also on that occasion it was noted that those who spent many hours on the bike were no more likely to develop erectile dysfunction or infertility problems than others.

The conclusion? We can continue to cycle safely as the benefits are much more likely than the risks. We remind you of some of them:

add a comment of Cycling does not harm men's fertility or urinary health. Confirmation