Cutting down on meat and eating more plant-based protein makes you live better and longer. The new confirmation 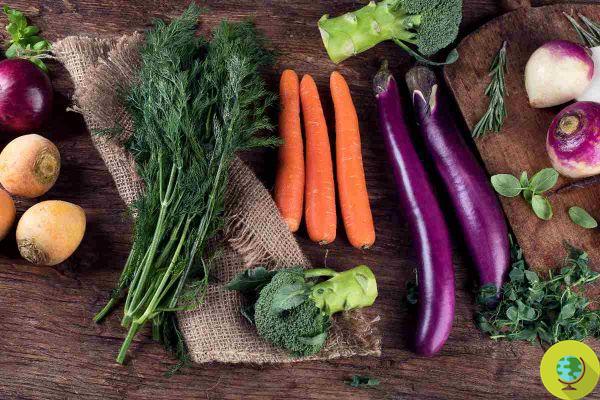 A further study proves how eating less meat and more vegetables, thus getting more vegetable protein, is good for our heart health.

Replacing meat with vegetable proteins is good for our health. We have always said this and science constantly confirms it. A further study once again proves that eat more vegetables and less meat it guarantees a longer life and a reduced risk of cardiovascular disease.


Sticking to a plant-based diet or a diet that includes more plant foods than animal foods could be associated with a 16% lower risk of cardiovascular disease and up to 25% lower risk of early death. To say it is new research published in the Journal of the American Heart Association and conducted at the Johns Hopkins Bloomberg School of Public Health in Baltimore.

A new study that adds to the already substantial literature that suggests that a plant-based eating style is associated with better heart health and a lower risk of death. Fruit, vegetables, whole grains, nuts and legumes, rather than meat, eggs, dairy products or seafood, in short, are to be preferred.

The study almost followed 71 Japanese adults middle-aged for an average of about two decades. Participants were divided into five groups based on the amount of plant protein they ate. People who ate the most vegetables got the 13% less likely to die during the study and 16% less likely to die from cardiovascular causes than people who ate more animal protein instead.

This is not the first study to draw these conclusions. Numerous previous studies have already made it clear that un increased consumption of animal proteins is associated with chronic disease and mortality and that a greater consumption of vegetable proteins reduces this risk.

However, most of this research has been done on people in the Western world, where the consumption of animal protein is much higher. These latest investigations, however, were made on people who already have a cultural habit consume a high amount of vegetable proteins, demonstrating the fact that an increasing supply of vegetable proteins is always useful.

Even leaner meat, as well as fish, is a decent alternative, the researchers argue, if you really don't want to do without this food.

"Our study suggests that plant proteins may provide beneficial health effects and that replacing red and processed meat proteins with plant or fish proteins may increase longevity," the experts write.

All of this, then, adds to the growing body of evidence relating to the negative effects of a high-meat diet. Science still confirms: if you want to live a healthy life, eat less meat and more vegetables!

add a comment of Cutting down on meat and eating more plant-based protein makes you live better and longer. The new confirmation