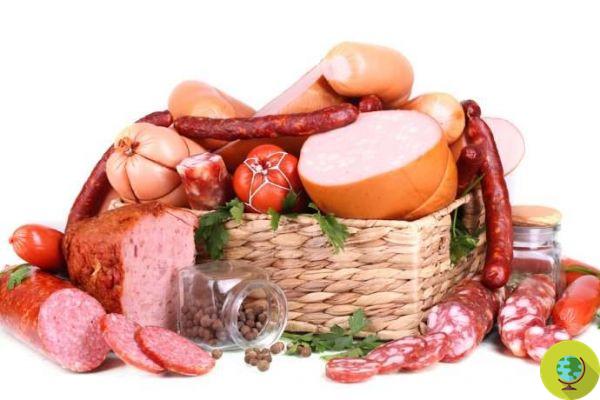 Consumption of processed meat increases the risk of early death, cancer and cardiovascular disease. Not only sausages and frankfurters, but also the apparently less harmless cured meats and red meat of equine, bovine, pork and sheep origin contribute, even more if consumed habitually and in excess, to compromise the health of those who choose to bring these foods on the own table.

The consumption of processed meat increases risk of death early, of cancer and to contract cardiovascular diseases. Not only sausages and wurstel, but also the apparently less harmless cured meats and the Red meat from equine, bovine, porcine and ovine contribute, even more if consumed habitually and in excess, to compromise the health of those who choose to bring these foods to their table.

This is what emerged in the course of a large European study, conducted for a period of 13 years and which involved over 400 thousand individuals from 10 different countries. The research in question was conducted by experts from the University of Zurich and has seen its publication in the pages of the scientific journal BMC Magazine.

In the opinion of the researchers, if each individual decides to consume no more than 20 grams per day of processed meats - including ham and sausages - 3% of premature deaths could be avoided. This is what was underlined by the authors of the study, who worked under the guidance of Professor Sabine Rohrmann. The risks identified by the researchers would rise in step with the level of consumption of these foods and would be linked to the excessive content of saturated fats e sale of the same.

You know what's inside a Hot dog?

Nutrition: the 10 foods that are enemies of the heart

Health in our hands with mudras ❯