Cozonac, the traditional recipe of the Romanian dessert typical of the holidays

Cozonac, let's discover the traditional recipe of this delicious Romanian dessert typical of the holidays, not just Christmas 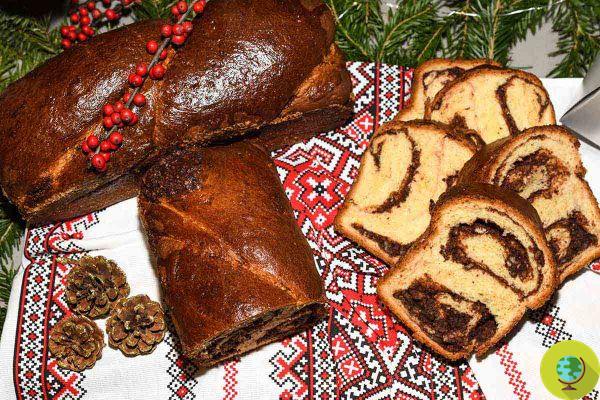 Il Cozonac it's a Romanian dessert typical of the holidays that is prepared both at Christmas and on other occasions. It has a sweet and fragrant aroma and there are many variations, handed down from family to family.

In reality it is not only widespread in Romania but also in other Eastern European countries and its origins are lost in the mists of time.

They would even go back to the ancient Egyptians, but also the ancient Greeks prepared a similar dessert based on honey, raisins and nuts, and so did the ancient Romans.

The Cozonac recipe that we propose comes from the youtube channel of Meniu de weekend cu Emilia, which explains step by step how to prepare it and which ingredients to use. It takes a long time because it is quite elaborate but you will see that a lot of work will pay off with the delicious result!

Contaminated mussels: be careful, they should not be consumed even cooked ❯

add a comment of Cozonac, the traditional recipe of the Romanian dessert typical of the holidays