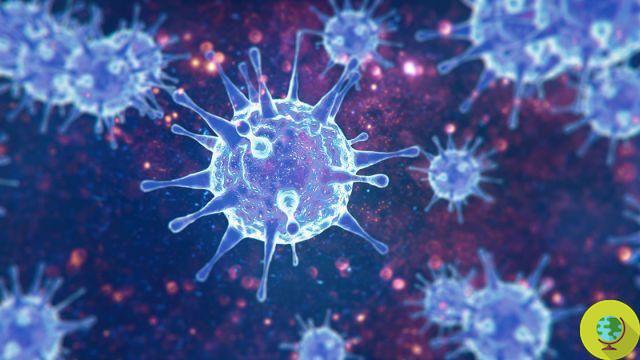 Probably the famous herd immunity may never arrive: those who have had Covid-19 risk getting it back.

Tests on over 365 people in England have shown that the antibody response to the virus that causes Covid-19 decreases over time. This means that probably the famous herd immunity may never arrive: those who have had Covid-19 risk getting it back.


This is what comes out of a research led by Imperial College London, which from June 20 to September 28 followed 365 people selected at random, who regularly self-tested at home to see if they had antibodies to Covid-19. Well, the test analysis found that the number of people with antibodies decreased by 26,5%, from nearly 6% to 4,4%.

How long will social distancing last, according to the new Harvard study

The downward trend was seen in all areas of the UK and across age groups, but not in healthcare workers, which could indicate repeated or higher initial exposure to the virus, the authors suggest.

Il decline was greater in people aged 75 and older than in young people, and also in people with suspected rather than confirmed infection, indicating that the antibody response varies with age and disease severity.

The results of the Real Time Assessment of Community Transmission (REACT) study are available in a pre-print report and will be peer-reviewed.

“Our study shows that over time there is a reduction in the percentage of people who test positive for antibodies,” explains Paul Elliott, program director at Imperial. The positive test for antibodies does not mean that you are immune to Covid-19. It is not clear what level of immunity the antibodies provide or how long this immunity lasts. If someone tests positive for antibodies, they should still follow national guidelines including social distancing measures, undergo a swab test if they have symptoms, and wear face covers where required. "

The REACT study uses the finger prick test to detect coronavirus antibodies in the blood. When they are present, they indicate that a person was previously infected with the virus. Test kits, called "lateral flow tests", detect antibodies above a particular concentration in the blood and do not measure the amount of antibodies in a particular person.

The tests are then sent to randomly selected adult volunteers across the country to be performed at home. The latest report includes the results of three rounds of testing over a three month period. There were 17.576 positive results in all three rounds, around 30% of which reported no Covid-19 symptoms. After taking into account the accuracy of the test, confirmed by the laboratory evaluation, and the characteristics of the country's population, the study found that the prevalence of antibodies decreased from 6,0% to 4,8% and then to 4,4, XNUMX% over the three months.

“This very large study has shown that the percentage of people with detectable antibodies is decreasing over time. We do not yet know if this will leave these people at risk of reinfection with the virus that causes COVID-19, but it is essential that everyone continue to follow directions to reduce the risk for themselves and others, ”says Helen Ward, including the main authors of the report.

The results of this research, therefore, seem to confirm a fact: people can be re-infected, just like it happens with similar coronaviruses that cause the common cold. In light of this, the theory of so-called herd immunity, proposed by some scientists as an alternative to lockdowns in curbing infections, would remain inapplicable: for there to actually be herd immunity, 50-60% of the population should have protection. against the virus so that it can no longer be transmitted efficiently.

“If you think that 95 out of 100 people are still likely to get sick, you understand that it is very, very far from something that resembles a level of protection of the population - observes Helen Ward, one of the researchers. It is not something you can use as a strategy to control contagion in the population ”.

Coronavirus, Johnson's turnaround that puts aside herd immunity and closes everything in Great Britain

"The study is a crucial element of the research, as it helps us understand how Covid-19 antibodies evolve over time - says James Bethell, British Undersecretary of Health. The Imperial College scientists also note that "it is not clear what level of immunity the antibodies provide or how long this immunity lasts."

Result? Even if someone tests positive for antibodies, they should still follow national guidelines: physical distancing measures, undergo a swab test if they have symptoms, and always wear a mask.

New Dpcm signed: bars and restaurants closed from 18pm but open on Sundays and holidays. Stop at gyms, swimming pools and private parties

Covid-19: the blood group affects the infection and the severity of the disease. Confirmation in a new study ❯