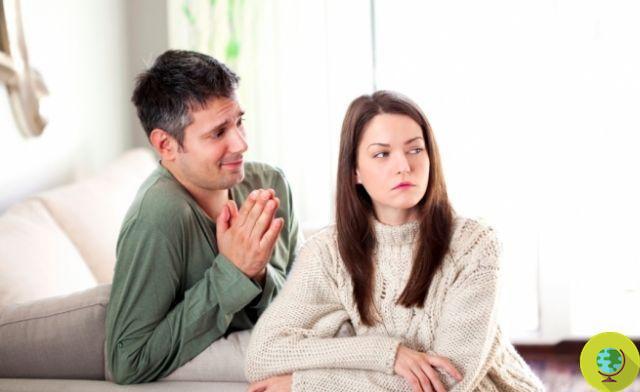 A low blood glucose level makes you more aggressive and more likely to argue with your partner. New American research says so ...

Having the right level of sugar or more precisely of glucose in the blood it is essential for the good health of our body and also for the functionality of the brain. For the first time, however, research has shown how hunger and the famous drops in sugar can also be responsible for aggression and family quarrels (at least some!).


This is suggested by the results of the study born from the collaboration between Ohio State University, the University of Kentucky and the University of North Carolina and published in PNAS. The important reasoning behind the research is that have poor self-control it helps to develop aggression and therefore couple quarrels. In order to be "controlled" there is a need to have good energy to spend and, as we know, for our body the maximum form of energy is constituted precisely by glucose which, in case it is lacking, lowers this capacity making us become more impulsive and quarrelsome in the face of events.

To see if this reasoning was also true in reality, the researchers analyzed 107 married couples kept under observation for 3 years and subjected to two different experiments during which their blood glucose level was constantly measured.

In the first, the couples were supplied a voodoo bambola which symbolized the partner and every night they had to put from 0 to 51 pins in it depending on how angry they were towards him. In the second experiment, however, the partners were placed in separate rooms in front of a computer. When a red signal appeared on the screen, they had to push a button. Whoever did it faster than the two won and had the opportunity to annoy the partner by sending him a noise in the headphones that could be more or less loud or annoying depending on his good heart.

It was thus seen that the lower the blood glucose level, the greater the aggression towards the spouse represented by the voodoo doll or against which one had the opportunity to rage through an annoying noise. All this not only in couples in crisis, as Professor Brad Bushman of Ohio State University pointed out: “We have discovered that 'not seeing each other from hunger' can negatively affect behavior, even in our most intimate relationships and even when the couple is happy".

When you feel quarrelsome therefore, before carrying out actions that you might regret, put aside your anger, and try to eat it up!

- Women who love animals: one in 10 prefers them to their partner

- The 10 things you should never do after a fight

add a comment of Couple quarrels: hunger and sugar drops?