Counterorder! High cholesterol wouldn't increase the risk of heart attacks, according to this study 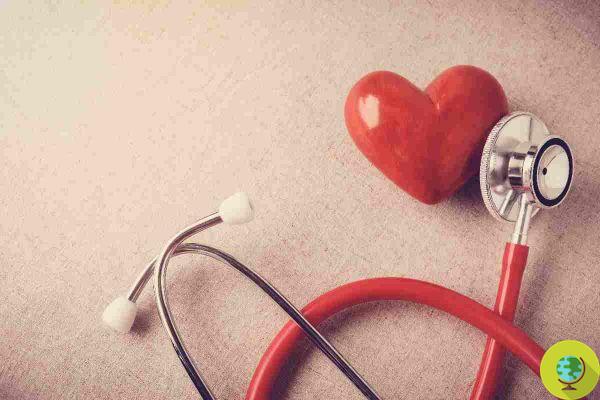 A new study has shown that having high cholesterol levels does not increase the risk of developing heart and cardiovascular diseases, such as heart attacks and strokes, and that statins do not have a significant impact in reducing that risk.

Il bad cholesterol o high has always been associated with poor health, such as cardiovascular disease, heart attack, heart disease, or stroke. Cardiovascular disease is also the leading cause of death worldwide, with an estimated 17,9 million deaths each year, according to the World Health Organization (WHO). However, a new study shows that the connection between high cholesterol and poor health isn't always that direct. (Read also: High Cholesterol: If you have these marks between your toes, you should get a blood test right away)

The study was led by scientists from Medicine and Health Sciences of the Royal College of Surgeons in Ireland (RCSI), who have disproved the widespread practice of lowering cholesterol using statins, which the research team says are ineffective.

On the basis of the new study, in fact, scientists have examined and re-evaluated the importance of the use of statins. The researchers looked at statins as a form of medical treatment against low-density lipoprotein cholesterol (LDL), ie the cholesterol defined as "bad".

The research is based on questioning the effectiveness of statins in lowering bad cholesterol and, presumably, leading to reduce the risk of cardiovascular disease, including heart attack, coronary artery disease, and other complications related to the heart and blood vessels.

The study found that the widespread use and treatment of statins to lower LDL cholesterol did not have a significant impact in reducing the risk of cardiovascular disease. Furthermore, they added that personal risk factors, including health choices and lifestyle, can influence the rise in cholesterol.

The new study also suggested that the correlation between high cholesterol and poor health is not as strong as previously thought; this shows that more research is needed, including on the effects of statins. Additionally, determining the underlying factors and mechanisms between high cholesterol and heart disease can be used to improve medical treatments in the future.

Sul cholesterol could it be interesting for you:

Counterorder! The use of cell phones does not increase the risk of brain tumor! The Oxford studio that overturns everything ❯

add a comment of Counterorder! High cholesterol wouldn't increase the risk of heart attacks, according to this study