Coronavirus: Hong Kong researchers claim they have a vaccine, but it will take at least another year to test 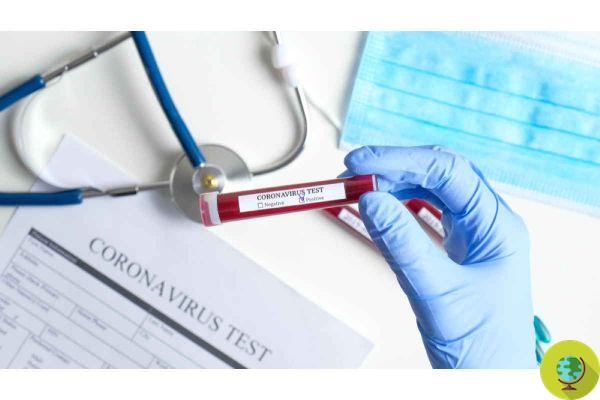 Hong Kong researchers say they already have a coronavirus vaccine ready, although the time to test it is still long.

As was inevitable, given the epidemic that is hitting China, in several countries around the world there is a race against time to find a vaccine against the Coronavirus. Some Hong Kong researchers say they have it ready, although the time to test it is still long.


Professor Yuen Kwok-yung, microbiologist and physician University of Hong Kong (UHK), says his team is working on the vaccine, having isolated the virus from the first case of viral pneumonia.

The news was reported by the South China Moring Post newspaper but currently, in the news section of the Chinese university, there is no trace of an official statement relating to the experimentation of the new vaccine. At the moment, therefore, these seem to be only the statements of the scientists.

As Professor Yue put it:

"We have already produced the vaccine, but it will take a long time to test it"

In fact, before it can be used, the new drug will have to pass tests on animals and then arrive at human trials. The Hong Kong scientist did not set a precise timing but there is talk of at least another year before it can actually be used.

HKU researchers managed to make it happen starting with a flu shot previously studied by the same team. Scientists modified the previous vaccine with part of the new coronavirus antigen.

The drug, if tested successfully, could be the answer to a disease that has infected over 4.600 people and already killed more than 100, mainly in Wuhan, the center of the epidemic.

So far Hong Kong has seen 8 confirmed cases, another 78 people have been reported as suspicious and 103 are isolated in public hospitals.

But Yuen Kwok-yung is not alone in trying to develop the vaccine as quickly as possible, other Chinese and American scientists are also working to achieve the same result. In China, for example, there is the epidemiologist Li Lanjuan who has declared that he is working on a vaccine against the coronavirus, already under development, and which could be produced soon in about a month.

Meanwhile, Professor Xinhua also reported that Shanghai Eastern Hospital and Tongji University have urgently approved a project to develop a vaccine against the new virus. The vaccine would be jointly developed by the hospital and Stemirna Therapeutics, a Shanghai-based biotechnology company.

Company CEO Li Hangwen said it will take no more than 40 days to produce vaccine samples, which will then be sent for testing and taken to the clinic "as soon as possible".

Coronavirus: The American CDC shows how to shave your beard to reduce the risks ❯

add a comment of Coronavirus: Hong Kong researchers claim they have a vaccine, but it will take at least another year to test