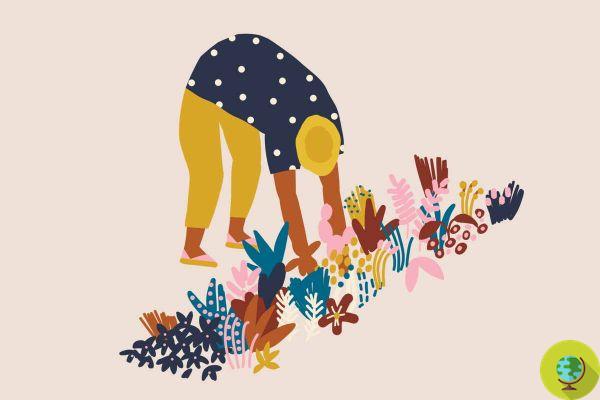 The recent pandemic has helped to spread a renewed desire for less frenetic rhythms and a quieter, healthier life, which is probably why more and more people are thinking of moving to the countryside.


In reality it is a "fashion" that has been making its way for some years now leading to a re-evaluation of the pros of rural life, as opposed to the hectic and stressful urban life. The advantages are in fact numerous and do not concern only the more dilated rhythms, in harmony with the surrounding nature, but also, for example, health, a particularly current issue.

First of all, because pollution rates in the countryside are lower than in highly populated cities and therefore you have the opportunity to live in a cleaner and healthier environment. Secondly, because the advantages are considerable even in the event of epidemics, as was observed during the first months of the pandemic.

If city residents have had to settle for their own apartments, sometimes without even a terrace, the inhabitants of the countryside, especially if residing in houses with gardens, have been able to afford to spend time outdoors, sometimes devoting themselves to the vegetable garden or to the care of the garden. A significant difference that has important repercussions also on a psychological level because it is one thing to experience a pandemic within four walls, completely enclosed, another to experience it in the middle of nature.

Not to mention that in the countryside life tends to be cheaper, even the rents and prices of villas and apartments are lower. Furthermore, being few, we know each other more and we tend to have more sympathetic relationships with the neighborhood that are often precluded in the city precisely because, paradoxically, of the high population density.

Thanks to remote work, living in the countryside no longer precludes the possibility of working with companies in large urban centers.

However, it cannot be denied that there are some disadvantages, for example the cultural offer tends to be lower than in the city, and the worldly and social life itself is less lively.

As far as work is concerned, unless one exercises a profession remotely, the possibilities of employment are lower, and public services can also be less efficient, forcing, given the large distances, to often use the car instead of buses, trams and subways, the latter totally absent.

Ultimately, country life is a valid alternative to the city but without forgetting that it is not for everyone!

The coronavirus is now officially on all continents of the world, including Antarctica ❯