Coronavirus: China will build a hospital in ten days to hospitalize 1000 infected people 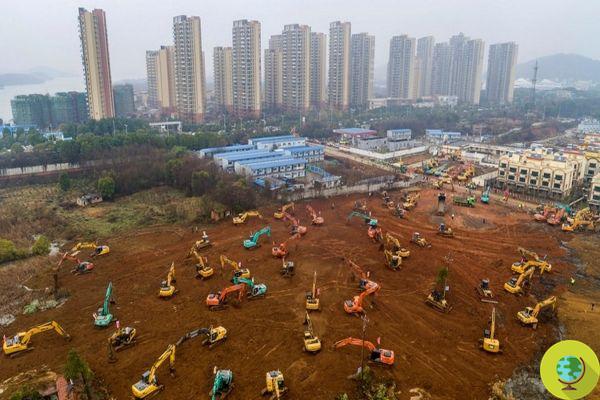 La China he is not sparing himself to try to contain the epidemic from Coronavirus. In addition to quarantining the Whuan wet market, where the first infection occurred, the authorities have now announced the construction of a new hospital to hospitalize infected people.


The hospital will be built in Whuan, a city with over 11 million inhabitants, will have an area of ​​about 25 thousand square meters and will host at least 1000 patients.

The incredible news is that the structure will be finished within ten days: the opening is in fact scheduled for February 3rd.

Construction of the new hospital has already begun and 35 excavators and 10 bulldozers are currently working non-stop on the site. The building will be built near a complex originally intended to house Wuhan workers.

To speed up the work and contain costs, the hospital will consist of prefabricated structures and will allow in the shortest possible time to provide help to infected people.

China found itself quite unprepared to handle the epidemic, due to a shortage of beds. To date, there are already 900 cases of contagion confirmed in the country and the number is constantly growing. Hence the need to build a new hospital, to stop the epidemic that has already caused 26 victims.

The first case of coronavirus or 2019-nCoV infection was recorded at the end of last year. The infection occurred at the Wahn wet market where it is consumed fresh meat from wild animals slaughtered on the spot.
Bat soup, snake meat, kangaroos, turtles, peacocks and other wildlife, including Australian koalas, can be enjoyed at the wet market.
The virus, present in the animal, was able to mutate and be transmitted to humans and now contagion occurs from man to man.

The infection affects the respiratory tract and causes variable symptoms that can even lead to death. At the moment there is no cure and the virus has therefore spread to several cities in China and even outside the country's border.

Chinese health officials have classified the Coronavirus as a class B infectious disease, like SARS and HIV, and they are doing what they can to contain it. Wuhan is in quarantine, public transport and wet markets are temporarily closed, and the authorities recommend to residents of do not leave the city.

It is feared that this is not enough as on the occasion of the Chinese New Year, millions of people will move, increasing the spread of the virus.

Coronavirus: WHO rectifies, the risk globally is high ❯

add a comment of Coronavirus: China will build a hospital in ten days to hospitalize 1000 infected people