Colivă, the origins and recipe of the traditional Romanian 'sweet of the dead' that you absolutely must try

Let's discover the origins and the recipe of the traditional Romanian 'sweet of the dead' called Colivă, to be absolutely tried 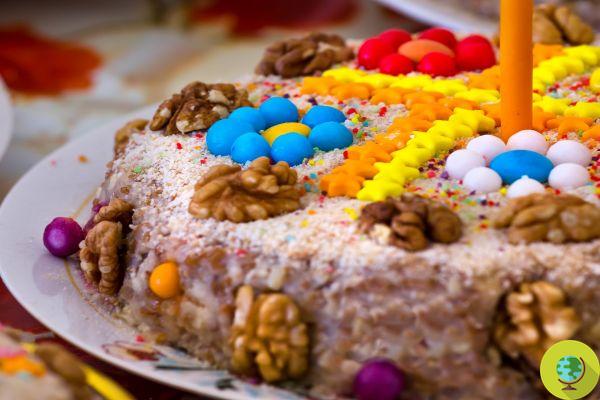 Wheat and honey are some of the traditional ingredients of Colivă, a Romanian dessert with very ancient origins, traditionally prepared to honor deceased loved ones. On various occasions, including the "Saturday of the Dead", he is taken to church to be blessed.

It is no coincidence that the "funeral cake" is prepared with grains of wheat, as symbols of the resurrection of bodies. In fact, just as the grain of wheat must be buried in the earth and rot before sprouting and bearing fruit, in the same way the human body is buried before being resurrected.

The boiled grain therefore represents the body of the deceased and the Funeral cake it becomes a material expression of faith in the resurrection, but also a symbol of the Church, or of the community of Christians (many grains of wheat) united by the same faith in God. On the other hand, the honey with which it is sweetened represents the joy and sweetness of life eternal, which loved ones wish for the dead.

Colivă was probably born during the persecutions of Julian the Apostate who, according to what Doxologia reports, would have ordered the pouring of blood obtained from pagan sacrifices on all foods in the markets of Constantinople. He wanted to make fun of the Christians and prevent them from eating after the first week of Lenten fast.

Archbishop Eudossio of Constantinople, advised by the holy martyr Theodore, then told the faithful, to protect them, to feed only on boiled wheat and honey, ingredients that when mixed together gave rise to Colivă.

Cage: the recipe to prepare it

Nowadays Colivă is often revisited and enriched with new ingredients, even wheat is sometimes replaced by barley or rice. But the recipe we propose, from Retete bune si delicioase, is based on wheat, like the traditional one. To sweeten it, we recommend using whole cane sugar or honey.

Isinglass: how to replace it in the kitchen. The veg alternatives in the various recipes ❯

add a comment of Colivă, the origins and recipe of the traditional Romanian 'sweet of the dead' that you absolutely must try