Cold fusion: no more "public" tests of the E-cat 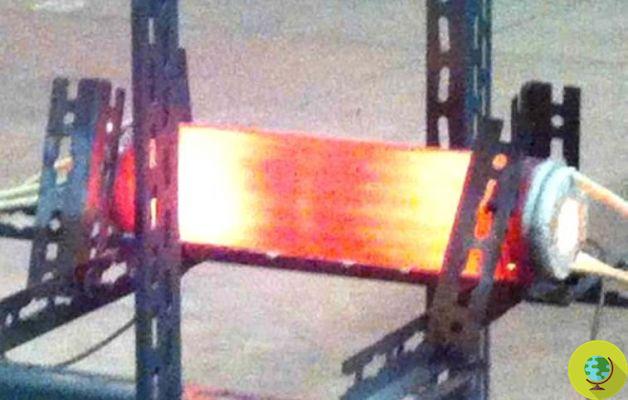 Last "public" test on 28 October for Rossi and Focardi's E-Cat. After space for customers who will offer their availability

New tests to see if the so-called cold fusion di Rossi e Focardi it really works. The 28 October, in fact, there will be a new test. Public? Not really.


Until now, the mystery ofE-Cat, the catalyst capable of producing energy developed by Rossi and Focardi, was rehearsed in great secrecy, sparking even more curiosity around their instrument. On 6 October, a another test seems to have been successful, but who can say exactly if not the few and highly selected present?

Andrea Rossi stated that this will also be the last test "public"That will be done. Later, on the 28th of this month, the ball will pass to the buyers. Rossi says: “After the 28 no more public testsi, we will be too busy producing and testing for our customers. We will continue the collaboration with theUniversity of Bologna andUppsala University, but the work will no longer be public ”.

In reality, as we had already anticipated, even the 28 test will not be considered public as it is carried out by the Customer, with his experts, with a long contractual protocol. In any case it will be the last work with a public relationship.

No spectacularization. It seems that Andrea Rossi is leaving behind the hype related to his invention, so far from wanting to convince the public, it seems rather eager to start selling his idea.

Meanwhile, another obstacle to overcome is that of Costi. According to recent estimates, Rossi has calculated that the version for domestic use of its catalyst from 10 kw it should cost about today €5.000, about 500 euros per kw. These figures could go down if you aim for mass production.

It is therefore necessary to understand if theE-Cat come into operation, what would be the timeframes for this revolutionary project.

Read all our articles on Cold Fusion

Cold fusion: today is e-cat day, the day of the test ❯

add a comment of Cold fusion: no more "public" tests of the E-cat