Coincidences only happen when we are truly ready

Have you ever encountered an unexpected coincidence in your life? Positive coincidences come when we are truly ready for change and when, even without knowing it, we are moving in the right direction to build our future.

Have you ever encountered an unexpected coincidence in your life? The coincidences positive come when we are truly ready for change and when, even without knowing it, we are moving in the right direction to build our future.


The definition of coincidence refers to a an accidental and accidental fact which happens unexpectedly. Are coincidences really random? In reality it seems that from a statistical point of view, coincidences are inevitable and less random than they appear to our intuition.

For example, according to statistics in a group of 23 individuals the chance that two people celebrate their birthday on the same day is 50%, a very high percentage if we actually think about how rare it can be in life to meet a person with the same date as us. of birth, at least as regards the day or month.

Not everything that happens in our life is a coincidence. It may happen that we meet by chance a person we have not seen for a long time or it may happen that, after a practically infinite wait from our point of view, they create perfect conditions to move house or to start a new job as if everything was going smoothly and happening at the right time.

All you need to know about synchronicity accompanied by the splendid illustrations by Alessandro Gottardo.

Coincidences, synchronicity according to Jung

The concept of synchronicity was introduced by Carl Gustav Jung in the last century. In synchronicity Jung identifies the link that exists between two events that occur simultaneously and that are clearly connected to each other.

The two events influence each other significantly and belong to a common context.

According to Jung, synchronicity concerns "the coincidences, which are not uncommon, of subjective states and objective facts that cannot be causally explained, at least with our current resources".

Jung's theories on synchronicity actually have very ancient roots that go to dig in time for which already in ancient Rome, but also previously, it was believed in a correspondence between the One and the many, between spirit and matter, between the macrocosm and the macrocosm. And it is to these correspondences - or coincidences - that the divinatory arts referred, starting from astrology and the interpretation of dreams (oneiromancy).

Coincidences and synchronicities in Eastern thought

Not only that: the Eastern thinking is based precisely on the synchronicity, on the correspondences between microcosm and macrocosm, for which in a cell of our body we can find links with the whole organism and in a drop of ocean water here are the connections with the whole Universe and with the birth of life.

The East created the word to indicate synchronicity Tao.

In 1930, at the memorial speech for Richard Wilhelm's death, Jung said:

"The science ofI Ching it is not based on the principle of causality but on a principle that I have tried to call the synchronic principle ”. 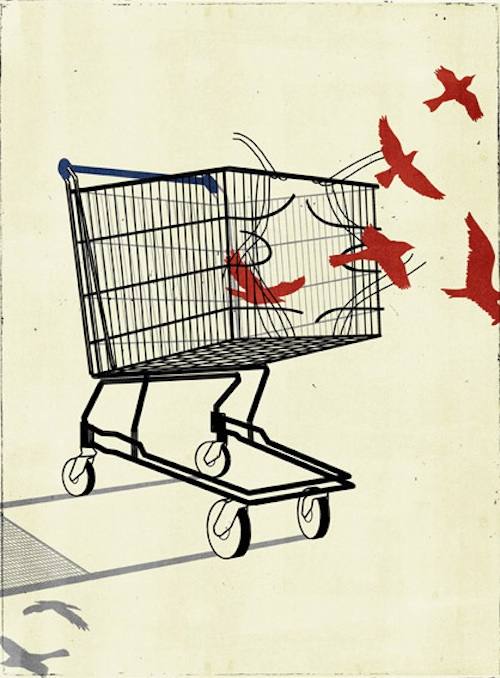 Jung himself admitted that he had chosen the word synchronicity precisely to indicate the same meaning as the Eastern word Tao in speaking of his theories on significant coincidences.

The most important aspect of synchronicity and coincidences lies not so much in the words we use to define these events that appear extraordinary to us but in the deep meaning they have in our life, in the amazement they create in us and in the fact that they know how to generate change.

What were the coincidences that changed your life for the better?

E coli: the intestinal bacterium that is frightening Germany. Here's how to fight it! ❯