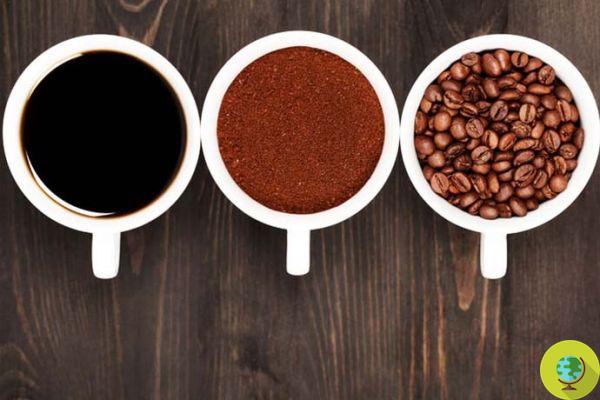 According to new research, for every cup of coffee consumed, the risk of developing non-insulin-dependent diabetes mellitus would be reduced by up to 7%.

Drinking coffee helps prevent diabetes. For each cup consumed, the risk of developing non-insulin-dependent diabetes mellitus would be reduced by up to 7%. But always be careful not to overdo it: the maximum is 5 cups a day.


This is the data that emerges from a new review document that the second most consumed drink in the world after water could be an ally in the fight against type 2 diabetes.

A conclusion that basically welcomes and confirms the WHO analyzes which in 2016 removed coffee from the list of possible carcinogens.

Now, this new review, published on the basis of a survey of 30 studies on a population of 1,2 million people, has established that the risk of developing type 2 diabetes would decrease by 7% respectively in the case of coffee with caffeine. and 6% in the case of decaffeinated coffee for each cup consumed in a day.

This would be equivalent to drinking from 3 to a maximum of 5 cups a day thanks to which, according to experts, the reduction in the risk of incurring the disease would be around 30-35%.

To achieve this result, the researchers examined the biochemical mechanisms that characterize coffee, noting that, thanks to its antioxidant properties, the drink would be able to reduce oxidative stress, which can lead to various cardiovascular, metabolic and renal dysfunctions and onset of type 2 diabetes. And not only that: the document also highlights those researches that show how with a regular coffee consumption will reduce the levels of pro-inflammatory markers and consequently low-grade chronic inflammation linked to cardiovascular and metabolic disorders, just like type 2 diabetes.

A further confirmation, therefore, in support of all the other studies that had shown how 3-5 cups a day of coffee can inhibit the onset of a series of diseases such as liver and endometrial cancer. Finally, the drink reduces the risk of developing Alzheimer's disease by up to 27% and has always been appreciated for its numerous health benefits, including reducing the risk of early death.

It is always good, however, not to abuse this drink and choose preferably organic coffee, possibly coming from fair trade. But above all, take it without sugar. Finally, if you usually consume decaf, make sure that only natural solvents and not chemicals are used in the caffeine removal process, which takes place before roasting the beans.

Coffee under the WHO lens. New carcinogen after processed meat? ❯

add a comment of Coffee reduces the risk of type 2 diabetes. New confirmation