Coca Cola funded 74 scientific, medical and health organizations for a total of eight million euros between 2010 and 2016. A new study shows that all of this leads to problems of transparency and conflicts of interest, in which human health it is not put first.

Coca Cola funded 74 scientific, medical and health organizations for a total of eight million euros between 2010 and 2016. A new study shows that this leads to transparency problems and conflicts of interest, where human health is not put first.

“In Spain, numerous health care organizations receive financial support from Coca-Cola. We provide evidence that the research funded by this beverage company is for commercial purposes only which in many cases runs counter to efforts to improve public health, ”reads the study published in the Health Association's journal Public Europe.

That Coca Cola supports organizations is certainly nothing new. According to the law on transparency, it is the company itself that publishes the data on the activities of collaborations with other entities. Needless to say, we always talk about conferences on proper nutrition and healthy lifestyles, so according to the researchers, the presence of a carbonated drink makes little sense.

For some time, the World Health Organization has urged governments to increase the price of sugary drinks by at least 20% to reduce their consumption, linked to obesity.

In fact, according to estimates by a team from Harvard University, the abuse of these products (and other junk food) is associated with 133.000 deaths per year due to diabetes, 45.000 to cardiovascular disease and another 6.450 to various types of cancer. . Let's not forget that in a liter of Coca-Cola there are 106 grams of sugar. 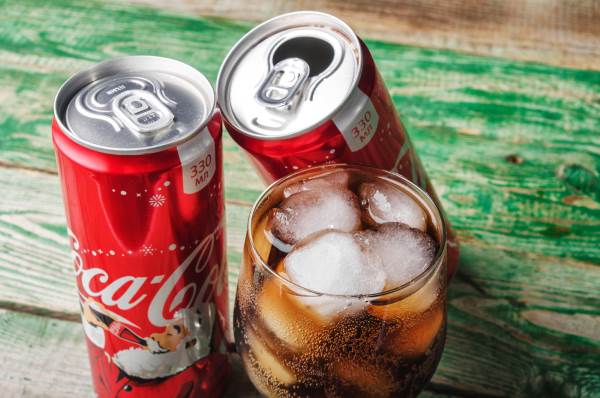 But now this correlation between business and health organizations does not bode well.

“Nobody imagines a congress of the Spanish Society of Medical Oncology funded by Philip Morris. And this is happening in nutrition ”, denounces epidemiologist Carlos Alberto González, of the Catalan Institute of Oncology. Yet according to the doctor: "There is no awareness that this is a real scandal".

González and colleague Juan Pablo Rey of the University of Sydney analyzed 20 scientific studies funded by Coca-Cola. Fourteen of them are in line with the marketing strategies adopted by the company, such as, for example, that obesity is just a matter of physical inactivity.

The other six remaining investigations would be more neutral. Sources of Coca-Cola affirm that "in all collaborations the independence of scientific societies and universities is totally guaranteed" and furthermore these sponsorships have been declared annually since 2016 "in an exercise of transparency".

"Coca-Cola is copying the strategies of the tobacco companies ", says González, who in 1992 was commissioned to coordinate the European Prospective Study on Nutrition and Cancer in Spain.

The authors of the research recall that in a recent conversation between two former vice presidents of Coca-Cola - Michael Ernest Knowles and Alex Malaspina - it was said: “We have good contacts with some [medical associations] and we should encourage them to address public health problems. suggest 'appropriate topics'.

“I am an independent scientist. Coca-Cola never told me what to do, ”says Marcela González Gross, of the Polytechnic University of Madrid, a body that received € 243.000 from the sugary drinks company.
González Gross is the lead author of the so-called 'food pyramid' study, funded with 13.700 euros from Coca-Cola and hear what she says:

“Children love to consume different types of drinks, especially sweets such as juices and soft drinks. This is because they have a taste preference for sweet foods as their energy needs are greater than that of adults. These drinks can be offered in moderation, but they shouldn't be the only ones they consume, ”says a parenting guide signed by González Gross and posted on the Coca-Cola website.

The president of the Spanish Nutrition Foundation, Gregorio Varela, believes that the € 567.000 his organization received from Coca-Cola does not spoil his image. The money was allocated, he explains, to finance the ANIBES scientific study on the energy balance in Spain. "The subgroup consisting of soft drinks with sugar contributes 2,0% of the total energy intake (36 kcal / day out of a total of 1.810 kcal / day)," says one of his reports.

The researcher believes that sugary drinks, "consumed in excessive quantities are undoubtedly harmful to public health, but not from time to time". In his opinion, "it is not necessary to put a tax on sugary drinks" in Spain.

All claims that according to the researchers of the new study are not so far from the conflict of interest.

"Scientists working in the public health sector cannot get money from companies that are causing harm to health," says Juan Pablo Rey of the University of Sydney.

The epidemiologist recalls that obesity is "a socially transmissible disease" linked to poverty. “A two-liter Coke is practically cheaper than a bottle of water. There is a population, mostly of low socioeconomic level, who sit at the table with a two-liter bottle of Coca-Cola. And this is bad for your health, ”says Carlos Alberto González.