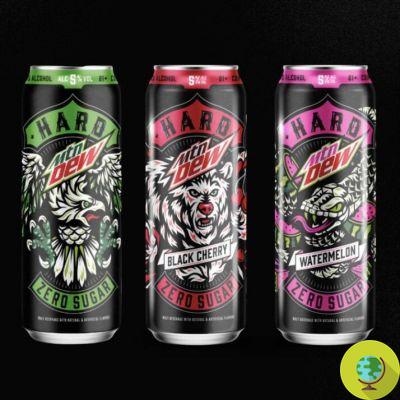 Traces of alcohol (and not only) in Coca Cola and Pepsi. Revealing this new surprise in the most popular soft drinks in the world is the French magazine 60 millions des consommateurs, published by the national institute of consumption, which analyzed in the laboratory more than 19 cola drinks of different brands, including those of the large chains of supermarkets.

Traces of alcohol (and not only) in Coca Cola and Pepsi. To reveal this new surprise in the alcohol-free drinks the most widespread in the world is the French magazine 60 millions des consommateurs, published by the national institute of consumption, which has analyzed in the laboratory more than 19 cola drinks from different brands, including those of large supermarket chains.

Result? Many of the drinks tested by experts contain traces of alcohol, equal to about 10 milligrams per liter: a minimal amount, which however becomes potentially harmful when the amount of cola drunk increases. A fact that raises alarm especially among those populations in which alcohol is banned from the diet for religious reasons.

In the list of offending brands we find everything: Coca-Cola in the classic version, Light and also Zero, classic Pepsi Cola and Max, classic Leclerc and the one with Stevia, Dia, Breizh Cola, Cola del Carrefour in the classic and light version , the Auchan one, up to the famous brands especially abroad, such as Cora, Casino, Leader Price, U-Man Cola.

But the worst - for the amount of alcohol found - is the Extreme Soda, which even reaches 272 ml of alcohol per liter.

But what was the reaction of the leaders of these large alcoholic Coke companies?

Michel PepinCoca Cola's chief scientist admitted that there may be traces of alcohol during the manufacturing process. As you can read on the British website of the multinational, in fact, “Traces of alcohol can occur naturally in many foods and drinks. Governments and religious organizations have recognized that such minute levels are considered acceptable in food and soft drinks. Our products are safe and comply with the safety requirements, laws and practices in each country where our brands are sold.

But that is not all! According to the French consumer magazine, the analyzes also highlighted the presence of some flavors, such as terpenes, are considered allergens.

Among all the dye E150d, inserted a few months ago, by the State of California, in the list of ingredients dangerous to health, and yet still present in the packages of Coca Cola sold in Europe.

Coca-Cola and PepsiCo changed the recipe only for drinks sold in the United States: it is no coincidence that Coca-Cola Zero is sweetened with cyclamate, a substance banned in the USA.

Not to mention the excessive amounts of sugar present in the various colas!

According to the French magazine, a liter of Carrefour cola contains the equivalent of 19 sugar cubes, in a liter of traditional Coca-Cola 18 and a liter of Pepsi 17.

A real danger for adults, children, but especially children!

Once again our advice is useful: to break up the day and refresh ourselves, it is better to avoid industrial drinks and instead opt for natural fruit juices and homemade centrifuges!

Here is the original investigation

Coca Cola, here's what happens to our body: 6 effects in 60 minutes ❯

add a comment of Coca Cola and Pepsi: traces of alcohol and controversial additives revealed