Coca Cola and Pepsi say goodbye to the plastic lobby 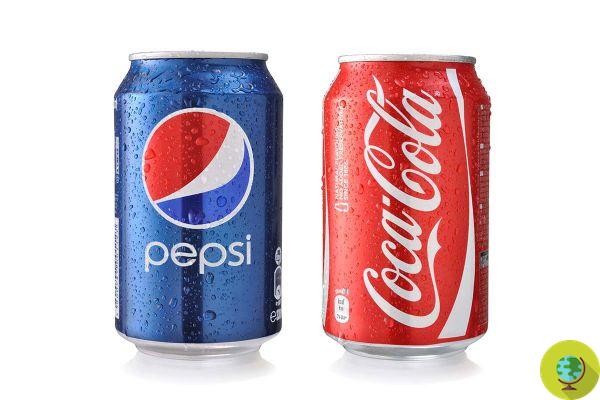 Coca Cola and Pepsi have officially exited the plastic lobby. In fact, they announced that they were leaving the Plastics Industry Association as this partnership did not reconcile with their new commitment to reduce polluting packaging.

Coke and Pepsi have officially exited the plastic lobby. They have indeed announced of leave the Plastics Industry Association (US association of plastics) since this partnership did not reconcile with their new commitment to reduce polluting packaging.


As more and more companies are moving away from single-use plastics and actively seeking sustainable alternatives, The Coca-Cola Company and PepsiCo have announced their exit from the Plastics Industry Association.

Thanks also to the commitment of environmental associations, which have pushed the two multinationals to turn towards better choices for the planet, Coca Cola and Pepsi have decided to no longer be part of the American plastic lobby in order to reduce the use of this enemy material of the environment.

PepsiCo will follow shortly. In fact, a spokesperson for the company stated:

Indeed, the Plastics Industry Association is known to have opposed, in order to pursue its interests, the decision to ban plastic bags in the US, also trying to hinder other decisions useful to limit the use of plastic.

At the urging of Greenpeace, Coca-Cola and PepsiCo have determined that, by 2025, their packaging will be fully recyclable, reusable or compostable. The pressure has been placed on these two brands in particular as they are among the largest users of plastic packaging and, as a result, contribute far too heavily to global plastic pollution.

However, it seems that the commitment of these multinationals will not be enough to save the world from plastic ...