Classical music is good for the heart: the melodies of Mozart and Strauss keep blood pressure in check.

Music therapy: Mozart and Strauss music for the ears and for the heart! That's right: classic music, especially that of the two composers, it could be good for your heart.


Their extraordinary notes, in fact, would be able to reduce blood pressure and the frequency of heartbeats. To say it is a study published in the journal Deutsches ärzteblatt international and conducted by German researchers of the Ruhr Universität of Bochum.

On the contrary, experts argue, the songs of the Abba they wouldn't be relaxing at all.

OUR OFFICE - For the investigations, the researchers involved 120 people, 60 of whom were asked to listen to music for 25 minutes, and the other 60 to rest in silence. The subjects who had to listen to the musical pieces were in turn divided into three groups: the first was in charge of listening to the symphony n. 40 by Mozart, the second some compositions by Johann Strauss and the last a compilation of some songs by Abba. 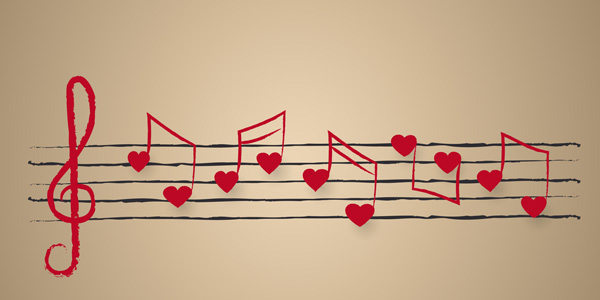 The authors of the study then measured the pressure, heart rate and cortisol level - the so-called "stress hormone" - in all 120 participants and found that hearing music, regardless of the song listened to, caused a tolowering of the cortisol level, especially in women. Only when it came to heart rate and blood pressure did the type of music heard made a difference.

READ also: BORN WITHOUT PAIN AND STRESS WITH MUSIC THERAPY FROM THE HEART (VIDEO)

La symphony of Mozart, in fact, it would be the one that is most beneficial to the heart: from the results of the investigations of the German scholars it emerged that it lowered the heartbeat more and reduced the systolic pressure (the maximum) by 4,7 mm of mercury (mmHg) and the diastolic pressure by 2,1 mmHg (the minimum). In second place appeared the Strauss tracks, leading to a drop in maximum blood pressure of 3,7 mmHg and a minimum of 2,9 mmHg.

No substantial effect, on the other hand, was observed with Abba's songs: the sunny notes of the pop group's music, in fact, are far from relaxing, experts say, but on the other hand they stimulate greater brain activation!

Mozart's music is a powerful 'drug' against epilepsy ❯