Chocolate is an ally of the heart and the circulatory system, according to science 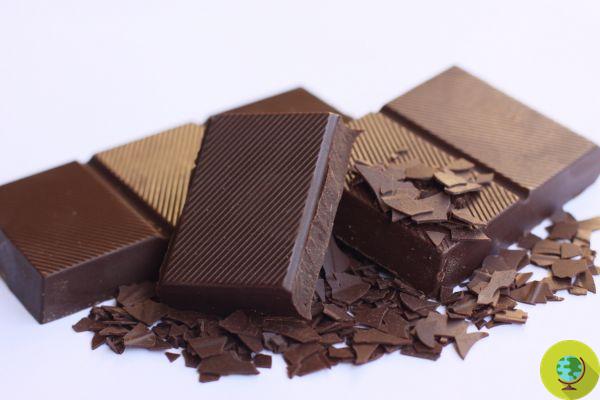 Lately the benefits of the chocolate (melting and with a good percentage of cocoa) are increasingly confirmed by science. Not only rich in magnesium and an antidepressant, new research now states that chocolate is a great ally for the well-being of the heart and circulatory system.


The study, carried out by a team of Dutch scientists from the Top Institute Food and Nutrition and Wageningen University and published in the FASEB Journal, showed that dark chocolate can be beneficial to the arteries in particular to restore their proper degree of flexibility, inter alia, preventing the white blood cells from sticking to the walls.

What is the reason for this beneficial effect of chocolate? Undoubtedly due to the presence within this food of antioxidant substances, in particular flavanols (from the flavonoid family). And it would be thanks to them that, by consuming a sufficient quantity of chocolate, one would avoid running into a very frequent problem in Western society, namely atherosclerosis whose main symptoms are precisely stiff arteries and the presence of plaques.

The research involved a sample of 44 overweight middle-aged men who were monitored for 4 weeks. Everyone had to consume 70 grams of dark chocolate per day (but avoid eating foods rich in calories in order not to gain weight). Participants were served, in two different phases of the test, different types of product: normal chocolate and another one with a high dose of flavanols. In this way we wanted to see if a greater number of flavonols present in chocolate corresponded to a greater cardiovascular benefit.

The increase in the concentration of flavanols did not prove useful in improving the parameters analyzed by the scholars and in addition it changed the taste of the chocolate making it less palatable. On the other hand, however, the benefits of the common chocolate were clearly shown.

So the researchers concluded: "This study provides new insights into how chocolate affects endothelial health by demonstrating that the consumption of chocolate, in addition to improving vascular function, also reduces the adhesion capacity of leukocytes in the circulation".

- Chocolate makes you lose weight: the news we've all been waiting for!

Marriage: it's good for the heart, says an American study ❯

add a comment of Chocolate is an ally of the heart and the circulatory system, according to science