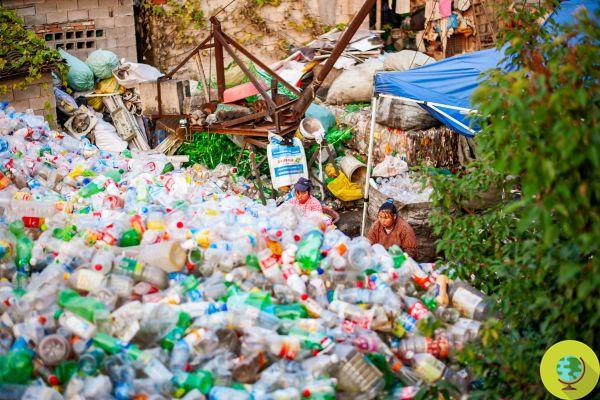 La China has decided to gradually get rid of single-use plastics, starting with plastic bags, which will be banned in major cities across the country by the end of this year.


China's National Development and Reform Commission (NDRC) said the production and use of large numbers of single-use plastics will be phased out across the country between now and 2025.

By reducing the production, sale and use of plastic products, China is trying to tackle the very serious problem of plastic waste which are buried in landfills and which end up suffocating the soil, waterways and oceans.

This is an important decision, as China is a major contributor to plastic waste pollution, along with Indonesia, the Philippines, Vietnam and Thailand.

According to a report by UNEP, the United Nations Environment Program, more than half of the plastic in the oceans comes from these countries and solving the plastic waste problem in Southeast Asia is essential to solving it worldwide. .

Fortunately, governments are responding to the need to reduce waste: Thailand also recently decided to ban the use of plastic bags and to launch an awareness campaign against single-use plastics.

Now it's up to China which, after bags, intends to eliminate single-use straws and reduce the use of single-use plastic in catering by 30% by 2025. Other interventions are underway in the medical, logistics and agriculture sectors. .

At the same time the country is committed to increase the rate of waste recycling to ensure that more and more plastic is recovered and reused.

CITES agrees with elephants: the derogation for the ivory trade has been rejected ❯

add a comment of China bans the use of plastic bags and straws in cities. Disposable banned from 2025