Children living near forests have better nutrition, the new study 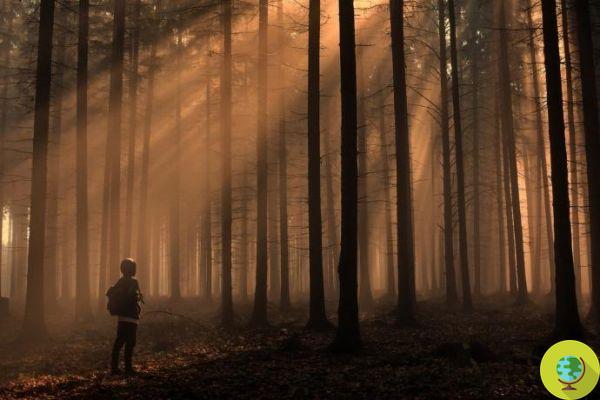 Living near a forest in developing countries improves children's nutrition. The new study.

Spending time in nature is known to improve mental and emotional health. Now a new global study also finds that babies tend to have better nutrition when they live near trees. In particular, forests would prove to be the important tool for promoting healthier diets.


in Developing countriesrather than clearing forests for more agricultural land, the forests themselves would be related to improvements in people's diets. This was supported by researchers from the University of Vermont, who analyzed forest conservation and the relationship with diets.

Not only is spending time in nature good for the body and modifies our own brains, but a life in the forest would ensure better sustenance for children in developing countries, suffering from hunger and malnutrition.

Over two billion are those who suffer from micronutrient deficiency in developing countries, such as vitamin A, sodium, iron or calcium. This is why scholars point out that food and agricultural programs consider how to increase the production of basic crops, such as rice and corn, to combat malnutrition, with the awareness that on a global level, fighting hunger also means that people need a wider range of nutrients.

From the results of research that collected diet information for children under the age of 5 from the United States Agency for International Development (USAID) 2000-2013 Diet Information Database (the team then analyzed the diets for children from 43 families - in Nepal, Bangladesh, Cambodia, Philippines, Caribbean, South America, Sub-Saharan Africa and Eastern Europe - both near and far from forests) it turns out that staying close to forests has led to children having at least 25% more "food diversity" compared to children who lived further away from green areas. That is, the former have access to a variety of forest food products, including animals, plants and fungi, which they can provide micronutrients essentials that significantly contribute to nutrition.

Furthermore, the authors write, forests are important havens for pollinators, essential for fruit and vegetable production, while families dependent on forest work have access to timber and other forest products that can be used to generate income and be used. to buy more different foods. This can also mean less time spent collecting firewood, leaf fodder and grass for livestock feed.

It goes without saying that, according to scholars, protecting forests is not only of fundamental importance for the well-being of the planet, but could be a central element in promoting better nutrition and feeding millions of children in the poorest countries.

The benefits of the sun for body and soul ❯

add a comment of Children living near forests have better nutrition, the new study